Marian Spencer was a former Vice Mayor of the Cincinnati City Council in Cincinnati, Ohio, the first African American woman to be elected to the Council.

Spencer was born in the town of Gallipolis, Ohio. She lived in the home of her grandfather, together with her twin sister Mildred, two brothers, Harry and Vernon, and her parents. 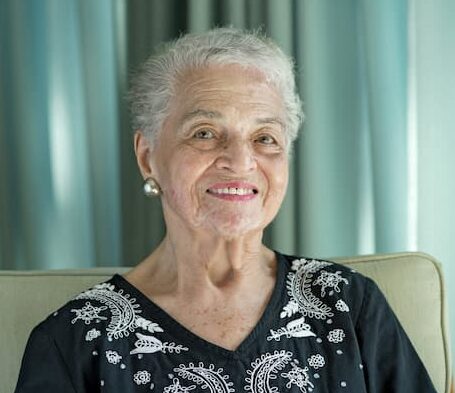 Spencer was co-valedictorian with her sister and a member of the National Honor Society.

While at the University of Cincinnati, Spencer campaigned for the college prom to be open to all students. That marked the start of her struggle for equality for all Greater Cincinnatians.

She earned a Bachelor of Arts in English from the University of Cincinnati in 1942.

Spencer was married to Donald Andrew Spencer, Sr., a Cincinnati teacher, and real estate broker. She and Donald got married in 1940.

The couple had two sons, together; Donald Jr. and Edward Alexander. They also have two grandsons, Matthew and Oliver, and one granddaughter, Benita and one great-grandson, Emmanuel.

She was an activist for seven decades. She became a life member of the NAACP, and served on the Executive Board, as chairman of both the Legal Redress and Education committees.

Spencer also served as Vice Mayor and as a member of the Charter Party for one term. She was also a delegate to the 1988 Democratic National Convention in Atlanta supporting Jesse Jackson for President.

Her career included numerous achievements and many awards and honors for her contributions to human service organizations and civic volunteer work.

In 1983, Spencer became the first African American female elected to Cincinnati City Council. She also served as Vice Mayor and as a member of the Charter Party for one term.

Spencer was a delegate to the 1988 Democratic National Convention in Atlanta supporting Jesse Jackson for President.

In 2016, the Cincinnati City Council voted to rename the 100 block of Walnut Street between Theodore Berry Way and Second Street at The Banks “Marian Spencer Way.”

In 2018 the University of Cincinnati named a new residence hall on its main campus “Marian Spencer Hall.”

Spencer died on July 10, 2019. She is her two sons, Donald Jr. and Edward, along with her twin sister and her grandchildren and other relatives.

The case began when her sons heard a radio ad inviting children to Coney Island to meet a local TV personality.

Spencer telephoned if the invitation applied to all children and was assured that it did. However, when she added, “We are Negroes,” the Coney Island representative admitted the invitation did not extend to Negro children.

She was banished from the front gate by a guard brandishing a gun on the Fourth of July, 1952. She filed suit and subsequently won the case, which desegregated Coney Island.