A native of Alpharetta, Georgia, Maria Taylor is an American television host and analyst working at ESPN, and with the SEC Network.

Taylor attended Centennial High School where she was a basketball player as well as a volleyball player for the school’s teams.

After high school, Taylor also enrolled at the University of Georgia. There, she played for both the basketball and volleyball teams from 2005 to 2009.

She began her career as a reporter and host at IMG College. While working for IMG College, Taylor covered the University of Georgia for 3 years.

Taylor joined ESPN in 2014 as a reporter and analyst in a joint venture with The Walt Disney Company. She reports on college football and often works with Brent Musburger and Jesse Palmer. 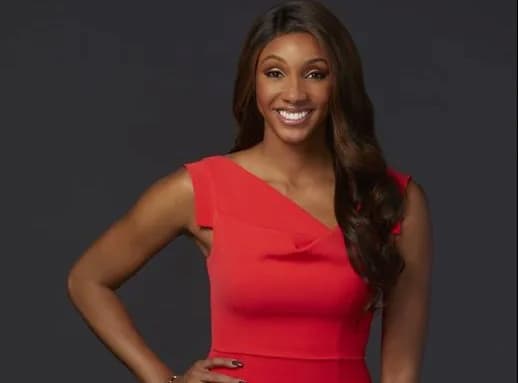 She also reports on women’s basketball and volleyball. Taylor became a broadcast team member of “ESPN College GameDay” replacing Samantha Ponder in 2017. The show is best known for its prediction segment that happens at the end of each broadcast.

While working at ESPN, Taylor hosted the college football playoff game between the University of Oklahoma and the University of Georgia. She also hosted and reported for the 2018 College Football Playoff National Championship.

Taylor is married to her husband Rodney Blackstock. The couple got married on 5th May 2019. They first met in 2014 at a Charlotte Hornets’ game,

Blackstock is the director of sports marketing at Q4 SPORTS. More information on her husband will be provided as soon as it is available.

Taylor stands at a height of 6 feet 2 inches.

It is not known how much Talor earns as an analyst as well as a reporter for ESPN. We will provide this information once it is made available.

Taylor has an estimated net worth of around $2 million.