She is the author of the book American Individualism: How A New Generation of Conservatives Can Save the Republican Party which was published by Crown Forum in July 2011.

Hoover is the host of the relaunched PBS show Firing Line. She has also been a frequent guest on Bill Maher’s Real Time on HBO and has also appeared on NBC’s Today, CBS’s The Early Show, ABC’s Good Morning America, at MSNBC, Fox News, C-SPAN, and C-SPAN Book TV.

Hoover attended Graland Country Day School, an independent co-educational day school in Denver, Colorado. She later went on to join Bryn Mawr College where she earned a B.A. in Spanish literature with a minor in political science in 2001.

She also attended Davidson College for two years, where she was a member of Warner Hall. 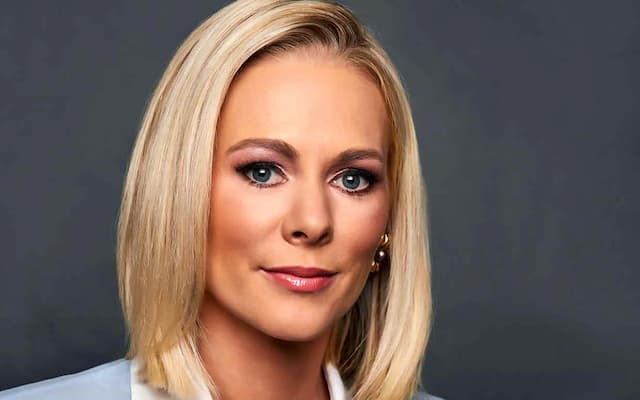 Hoover was a contributor at Fox News from 2008 to 2012. She appeared on Bill O’Reilly’s top-rated show The O’Reilly Factor in the branded segment “Culture Warrior”.

Hoover engaged with Bill O’Reilly on a range of topics from popular culture, entertainment news to Hollywood and politics. In 2012, she left Fox News for CNN.

Hoover has been a political contributor for CNN since 2012.

Hoover has been hosting the PBS show Firing Line, since April 2018.

Hoover stands at a height of 5 feet 6 inches. She weighs 54kgs.

Hoover was born in Colorado. She is the daughter of Jean Williams, a flight attendant, and Andrew Hoover, a mining engineer. She is the great-granddaughter of Herbert Hoover, the 31st U.S. President.

Hoover is married to her husband John Avlon. John is a fellow CNN contributor, a former Rudy Giuliani speechwriter, senior columnist for Newsweek, and former Editor-in-Chief of The Daily Beast.

Hoover worked in the White House as the Associate Director of Intergovernmental Affairs for the administration of George W. Bush. In 2004 she worked on President Bush’s re-election campaign and was Deputy Finance Director to Rudy Giuliani’s presidential bid in 2006–2007.

She also worked as a staffer on Capitol Hill for Congressman Mario Diaz-Balart and at the Department of Homeland Security as Advisor to the Deputy Secretary. Her writing has appeared in the Wall Street Journal, The Daily Beast, The Daily News, and FoxNews.com.

She is on the Board of Overseers at Stanford University’s Hoover Institution and on the boards of the Herbert Hoover Presidential Library Association and the Belgian American Educational Foundation. She serves on the Advisory Council of The American Foundation for Equal Rights and GOProud.

In January 2013, she helped found the American Unity Fund which is a non-profit organization dedicated to advancing the cause of freedom for gay and lesbian Americans. Her work is committed to publicizing her great-grandfather Herbert Hoover’s legacy as a humanitarian and pioneer of the international non-governmental organization.

Firing Line with Margaret Hoover is a refreshing comeback of William F. Buckley’s iconic PBS program; a smart, civil, and engaging contest of ideas. The series maintains the character of the original, providing a platform that is diligent in its commitment to civility and the meticulous exchange of opinion.

Interviews and debates will highlight leading lights from the left and right, complemented by archival footage from the original Firing Line to remind viewers of longstanding conservative and liberal arguments and where they’ve been disproved or reinforced over time. It is an opportunity to engage in the debate about America that we want to create for the 21st century.

Hoover is the author of the book, American Individualism.  In the book she challenges the up-and-coming millennial generation to take another look at the Republican Party. Although millennials rarely identify themselves as Republicans, Hoover contends that these young men and women who helped elect President Barack Obama are sympathetic to the fundamental principles of conservatism.

She believes that her party is uniquely positioned to offer solutions for the most pressing problems facing America—skyrocketing debt and deficits, immigration, crises in education, a war against Islamist supremacy—but that it is held back by the outsize influence within the party of social and religious conservatives. American Individualism is Hoover’s call to action for Republicans to embrace a conservatism that emphasizes individual freedom both the realm of social issues and economic policy in order to appeal to the new generation of voters.

A CNN panel segment got tense in September 2018 after Margaret Hoover was confronted by Kirsten Powers a fellow contributor to the network after what she claimed to be a smear on Brett Kavanaugh sexual assault accuser, Christine Blasey Ford. Hoover argued any major problems with women would have been revealed by now since Kavanaugh has been subject to six FBI investigations over the years.

Margaret Hoover  Salary and Net Worth

Her net worth, through the many acting roles, is estimated to be around 3 million dollars. There is no information, however, regarding her salary.