A native of New York, New York, United States, Mamie Gummer is a well-known American actress. However, she starred in the title role of The CW series Emily Owens, M.D., and played the recurring role of Nancy Crozier on The Good Wife and its spin-off, The Good Fight. She has also appeared in the films Evening, Side Effects, Cake, and Ricki and the Flash.

Gummer attended Miss Porter’s School and then graduated from the Kent School in Kent, Connecticut, before she continued her studies in communications and theater at Northwestern University, graduating in 2005. 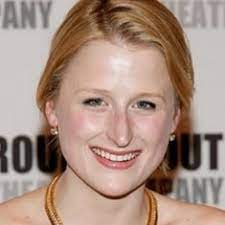 Her father is of Norwegian and English descent whereas her mother has German, Swiss-German, English, and Irish ancestry.

Gummer married actor Benjamin Walker in July 2011 after a year and a half of dating at her parent’s home in Connecticut and resided in Park Slope, Brooklyn, New York City. In March 2013, it was announced that Gummer and Walker had amicably divorced.

She became engaged to writer Mehar Sethi in August 2018 and was revealed to be pregnant with her first child in December 2018. In February 2019, Gummer gave birth to a baby boy.

Gummer has an estimated net worth of $10 million.

Gummer made her off-Broadway debut alongside Michael C. Hall in the premiere of Noah Haidle’s Mr. Marmalade, for which she won a Theatre World Award after graduating from college in 2005. Gummer received a Lucille Lortel Award nomination for her performance in Theresa Rebeck’s The Water’s Edge in 2007.

She made her motion-picture debut as an adult with a minor role in Lasse Hallström’s The Hoax (2006), starring Richard Gere. Gummer starred with her mother in Michael Cunningham’s film adaptation of Susan Minot’s novel Evening, playing her mother as a young woman in 2007. The film which was directed by Lajos Koltai, featured Vanessa Redgrave, Glenn Close, and Claire Danes.

Gummer plays Lucy Purcell, a mother of two children who then finds herself involved in a crime in the third season of HBO’s anthology drama True Detective.

Gummer guest-starred on the CBS legal drama The Good Wife in the season 1 episode “Bad” portraying Nancy Crozier. Her character returned on season 2 episodes “Cleaning House” and “Getting Off”.