In 2011, MacKenzie received public attention after being cast in the reality television series 16 and Pregnant. The series documented the pregnancies and first months of motherhood for several young women.

Additionally, she was cast in the spin-off series Teen Mom 3 and appeared in its first and only series. She appeared alongside Alex Sekella, Briana DeJesus, and Katie Yeager in 2013. She joined the cast of Teen Mom OG following the departure of Bristol Palin from the show in August 2019.

McKee attended Miami High School. Upon completing and graduating, she went on to Cosmetology College. 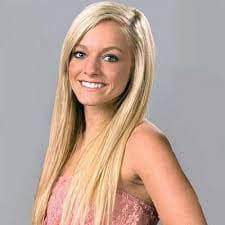 Mackenzie is the loving daughter of Angie Douthit, her mother, and Brad Douthit, her father. On December 9th, 2019, McKee lost her mom due to lung cancer. She reportedly passed on just after ending her treatment for brain cancer.

McKee revealed that she had a tense conversation with one of her family members after she caught her having secret conversations with Josh, her then-boyfriend. Just after accusing her estranged husband and relative of having an affair, she later got to find out that her cousin was not interested in Josh but in his brother. Also, she discovered that she would frequently ask if Mackenzie was doing alright after the loss of her mother of which kind of offended McKee as she preferred to live her own life.

Mackenzie was involved in a romantic relationship with her then-boyfriend, Josh Mackenzie. The two were blessed with a son whom they called Gannon Dewayne McKee. Their son was born via c-section on September 12th, 2011.

Both Josh and Mackenzie had a history of cheating but were open about it. Josh had a most recent inappropriate interaction with another lady while he was on a work trip. This led to their split up in August 2019. However, he was able to win McKee back after he proposed for the second time in October.

However, their relationship had not yet fully recovered especially considering Mackenzie lost her mom that year in December. Additionally, the secrets between Mackenzie’s cousin and Josh made matters worse and the two eventually broke it off.

Mackenzie says: “Anytime we were together, I was screaming at him, I was bringing up the past. … I was not being a good wife,” the Teen Mom star said in the interview. “It was kind of like we were under the same roof but not together. At this point, it wasn’t healthy. We were fighting.”

McKee made headlines after she revealed that her son Broncs was born with three holes in his heart and spent one month in hospital. McKee who is a Teen Mom OG opened up about her five-year-old’s devastating health issues after being slammed for “babying” him.

McKee began her professional career as a reality star with her first appearance in season 4 of the reality television series, 16 and Pregnant in 2011. The series documented the pregnancies and first months of motherhood for several young women.

She was cast as a member in the spin-off series, Teen Mom 3. The series only ran for a season in 2013. Mackenzie joined the first spin-off of 16 and Pregnant, Teen Mom OG in August 2019.

Mackenzie McKee Net Worth and Salary

McKee has an estimated net worth of $1.3 million as of 2020. She has made a great fortune from her career as a television personality. She earns around $45k a year.