A native of California, Liv Grace Blue is an American singer who became widely known as a contestant on season 19 of American Idol.

On March 8, 2021, Liv released her first debut song “Don’t Need a Man” which was produced by Happy Home Recordings.

Grace Blue stands at a height of about 5 feet 5 inches. These measurements are not accurate.

Although not much is known about her parents, her mother is named Amanda. She went to the auditions with Liv and even did a little dance when her daughter received the golden ticket. 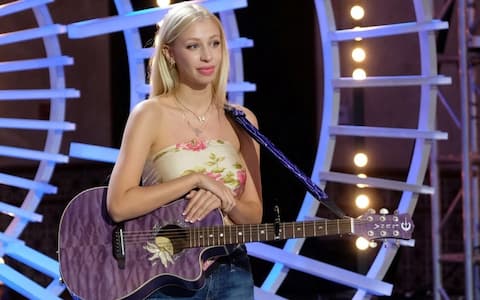 Grace Blue is a contestant on season 14 of American Idol which premiered on February 14, 2021. During her audition, she sang her own rendition of Katy Perry’s song “I Kissed a Girl”.

Grace impressed the judges with her soothing voice and received three yeses from the judges, therefore proceeding to Hollywood. She is a huge fan of Katy Perry.

Other contestants on season 19 of American Idol include;