Lindsay Rhodes is an American sportscaster, journalist, and television personality who is currently a host and reporter for the NFL Network.

Rhodes attended El Toro High School in Lake Forest, California where she graduated from in 1994. She was the sports editor for her high school yearbook.

She later joined the University of Southern California and she graduated in 1998. Rhodes interned both at the USC Athletic Department and at Fox Sports Net while attending college majoring in broadcast journalism. 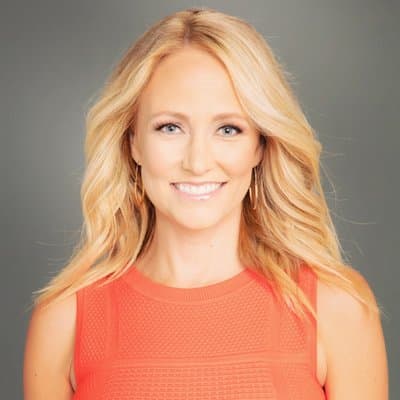 Rhodes is married to Matt Rhodes. The couple got married on 19th February 2012. Lindsay was previously known as Soto but she changed her name to Rhodes after she got married.

Lindsay’s first job was at an ABC affiliate in Yakima, Washington where she did weekend sports and weekday news reporting. She later moved to KKFX, a Fox affiliate in Santa Barbara, California where she worked as a weekday sports anchor.

Prior to joining NFL Network, Lindsay served as a sports desk reporter for NBC Sports coverage of the 2008 Summer Olympics, as well as a reporter for The NHL on Versus and College Football on Versus.

In January 2003, Lindsay began working at FSN West full-time and over time, she became “one of the most visible reporters and anchors” on that network.

Lindsay has been involved in FSN’s high school sports coverage since that network began such coverage in 1997.

Lindsay was the sideline reporter for the 2005 game in which Avengers defensive tackle Al Lucas died after suffering a spinal cord injury.