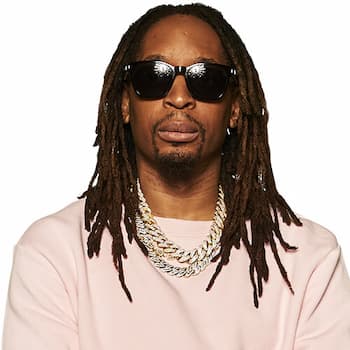 Jonathan H. Smith professionally known as Lil Jon is an American rapper, DJ, and record producer. He is the former frontman of the rap group Lil Jon & The East Side Boyz. He has produced a number of Billboard Hot 100 hit singles like; “Salt Shaker”, “Cyclone”, “Get Low”, “Snap Yo Fingers”, “Damn!”, “Freek-a-Leek”, “Lovers and Friends”, “Goodies” and “Yeah!”.

He collaborated with producer Dj Snake on the EDM single “Turn Down For What” which won the Billboard Music Award for Top Dance/Electronic Song. He wrote the songs “My Type” and “Tap In” by Bay Area rapper Saweetie.

Jon stands at an estimated height of 5 feet 5 inches (1.68 meters). He weighs about 67 Kgs (147 pounds). He has black hair and brown eyes. Further details about his body measurements will be updated soon.

Jon was born and raised in Atlanta, Georgia. His mother Carrie Smith-Williams had a medical career in the military and his father was an aerospace engineer and a former who served in the military. Jon was raised alongside his siblings including; Chris Smith and Willie Smith.

Jon married his wife Nicole Smith in 2004, therefore, they have been together for about 18 years now. They have been blessed with one son named Nathan a DJ who goes by the name DJ Young Slade. He is 24 years old born in 1998. His son started DJing at the young age of 11. 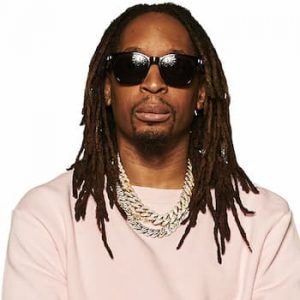 Lil Jon The East Side Boyz

Jon started DJing at the age of 15. After high school, he DJed in popular downtown Atlanta clubs. He met record producer, songwriter, rapper, and entrepreneur Jermaine Dupri Mauldin who hired him as an A&R to lead his Atlanta-based music label So So Def. He was later promoted to Executive Vice President of A&R.

His first project was the compilation album series, So So Def Bass All-Stars which featured local producers and rappers DJ Smurf, Shawty Redd, Raheem the Dream, and Playa Ponch. In 1995, Jon formed a rap group “The East Side Boyz” with Big Sam and Lil’ Bo. They released their debut single “Who U Wit?” in 1996.

In 2004, the group released their last studio album Crunk Juice with its lead song “What U Gon’ Do”. The single peaked at number 22 on Billboard Hot 100, No. 13 on the Billboard R&B chart, and No. 5 on the Billboard Rap chart. The group disbanded in 2005 after financial conflicts.

Jon released his single “Bend Ova” featuring Tyga on July 22, 2014. As an actor, he has voiced Jang Ryang in the American remake of the South Korean film Volcano High. He also made appearances on the Comedy Central series Chappelle’s Show. His television credits include; Class of 3000, Crank Yankers, Robotomy, Hell’s Kitchen, Tiny House Nation, Hollywood Puppet Show, and American Idol.

The song Get Low was released on February 19, 2003. The song featured Lil Jon & the East Side Boyz. It topped the Billboard Hot 100 at number 2 and No.20 on the Hot Digitals Songs Chart. The song appeared in the 2002 album Kings of Crunk. It came to be known as the breakthrough song for the Crunk genre. “Get Low” has been listed No. 99 on VH1’s 100 Greatest Songs of Hip-Hop.

Jon was the producer and co-writer of the song Yeah! by singer Usher released on January 27th, 2004. The song was also co-written by Sean Garrett, Patrick J. Que Smith, Robert McDowell, LRoc, and Ludacris. The song was the lead song from Usher’s album Confessions. It topped the US Billboard Hot 100 chart for 12 weeks. The song was awarded the Best Rap/Sung Collaboration at the 47th Grammy Awards.