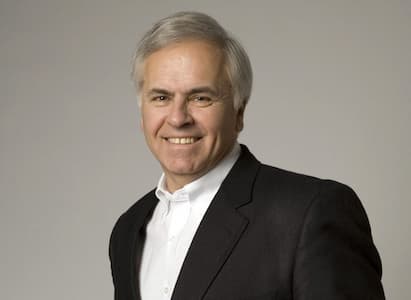 A native of Cleveland Ohio, Les Levine was an American sports columnist and broadcaster who worked for Cleveland Jewish News (CJN) and Cleveland.com.

Levine received a degree in Political Science from Ohio State although he usually noted that his degree was not helpful in his field.

Levine died on February 3, 2021. News of his death was shared by his daughter Jamie on Twitter. She wrote;

“After a protracted battle with diabetes and Parkinson’s, our dad
@LesLevine passed away at 9:23 pm with my brother and me holding on at his side. He fought so hard for so long, and went out on his own terms.”

He was 74 years old at the time of his death.

Levine was married to his wife Allison. He led a very private personal life and as a result, there is no more information available about his wife at the moment.

Levine and his wife had two children together; a daughter and a son. His daughter is known as Dr. Jamie Levine Daniel. She is an Assistant Professor and O’Neill School IUPUI.

Levine knew he wanted to be a sportscaster from a very young age. He began his career as a DJ while also doing high school play-by-play in Jasper, Indiana.

He later returned to Northeast Ohio at Akron’s WNIR in the early 1970s to call local basketball games. Levine also doubled as the station’s sales manager.

He spent years calling Kent State and Cleveland State basketball on the radio as well as TV. Levine eventually got into hosting call-in shows on WWWE (now WTAM) 1100 in Cleveland after Ohio State and Indians games in the 1980s.

Levine’s net worth is under review.