A native of Miami, Florida, United States, Lawrence Kasdan is a famous American filmmaker. However, he is the co-writer of the Star Wars films The Empire Strikes Back, Return of the Jedi, The Force Awakens, and Solo: A Star Wars Story.

Kasdan graduated from Morgantown High School and she then graduated from the University of Michigan with an MA degree in Education, and he is planning to be an English teacher.

Kasdan was born in Miami, Florida, the United States to the late businessman Clarence Norman Kasdan and late Employment counselor Sylvia Sarah Landau. He has a brother known as Mark Kasdan who is a film producer and screenwriter. 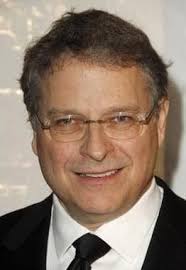 Kasdan has been married to Meg Kasdan (née Mary Ellen Goldman) since November 28, 1971. They met at the University of Michigan, where they were both English majors. Their two sons, Jake Kasdan and Jonathan Kasdan are both involved in the film as actors, producers, writers, and directors. He has three grandchildren.

Kasdan has an estimated net worth of $30 Million

Unable to find a teaching position, Kasdan took a job as an advertising copywriter at the W.B. Doner agency in Detroit—a profession he didn’t enjoy but found success in, earning a Clio Award for his first TV commercial, as well as an award from The One Show. His supervisor, Jim Dale, remembered Kasdan “always said he was better at writing for TV than for print, and that was certainly prophetic.”Kasdan described his five years in advertising as “hellacious,” and he persisted in writing screenplays at night.

As of 2020, Kasdan is working on a documentary about record label executive Mo Ostin, and the adaptation of a novel called November Road.

“Directing is the greatest job in the world, but the process is so hard,” he said in 1991. “Each picture is like a child, a huge investment of heart and work. I decided that I want to work a lot while I have the interest in and the energy for it. Then if the time comes when I’m not having fun, I can walk away.”As of 2022, Kasdan has directed only two feature films in the preceding 22 years.

He has made several cameo impressions in his own films: as River Phoenix’s lawyer in I Love You to Death, as a director in Grand Canyon, as a gambler in Wyatt Earp, and as a man walking a dog in Darling Companion. He played Jack Nicholson’s psychiatrist in As Good as It Gets (1997), directed by James L. Brooks.