A native of Chicago, Illinois, Law Roach is an American stylist best known for currently serving as a judge on the HBO Max show Legendary.

Roach likes to keep his personal life private hence has not yet disclosed any information about his parents or siblings. 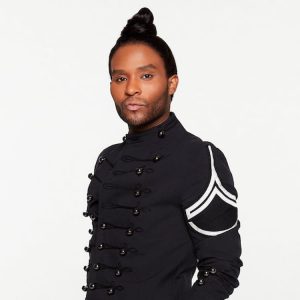 Roach has managed to keep his personal life private. He has not yet shared any information about his love life. No rumors either.

Roach decided to move to Los Angeles so that he could pursue a career in styling. Actor Zendaya was his first major client, and still remains Zendaya’s primary stylist and is now the co-creative director of her clothing and shoe line Daya by Zendaya. He also styles a huge roster of celebrity clientele from Celine Dion to Ariana Grande.

Due to his status as a celebrity stylist, he was invited to be a judge on America’s Next Top Model, alongside Ashley Graham, Rita Ora, and Drew Elliott in 2016.

Roach is currently starring as a permanent judge on the HBO Max shows Legendary. He stars alongside Megan Thee Stallion, Leiomy Maldonado, and Jameela Jamil.

Roach is a notorious judge who has “chopped” many houses that many people, including the other judges, Queen Dominique “The Ballroom” Jackson, contestants, and the audience, claimed did not merit it.

Roach’s net worth ranges from $1 million to $5 million.