Fishburne has been critically hailed for his forceful, militant, and authoritative characters in his films. He is known for playing Morpheus in The Matrix trilogy (1999, 2003).

He was also featured as Jason “Furious” Styles in the drama film Boyz n the Hood (1991) as well as Tyrone “Mr. Clean” Miller in the war film Apocalypse Now (1979). He played the role of The Bowery King in the John Wick film series (2017-present).

Fishburne measures a standing height of 6 feet 0 inches tall which is equivalent to 1.84 meters. However, his weight as well as his other body measurements are currently under review and will soon be updated. 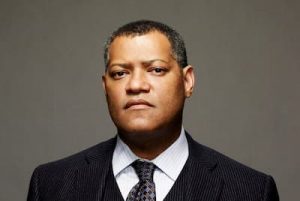 A native of Augusta, Georgia, Fishburne is the son of Hattie Bell, his mother, and Laurence John Fishburne, Jr, his father. His mother works as a junior high school mathematics and science teacher while his father is a juvenile corrections officer. There is however no known information about him having siblings.

In 1985, Laurence married Hajna O. Moss. The two tied the knot in New York. The beautiful couple has been blessed with two children, son Langston who was born in 1987, and a daughter Montana Fishburne who was born in 1991. Unfortunately, the two got divorced in the 1990s.

From 1992 to 1995, Fishburne was involved in a romantic relationship with Victoria Dillard. He later met actress Gina Torres and they got engaged in February 2001. The two got married on September 22nd, 2002 at The Cloisters museum in New York City. Fishburne’s spokesman Alan Nierob announced on January 8th, 2007 that the couple was expecting their first child together.

In June 2007, their daughter Delilah was born to the couple. On September 20, 2017, it was confirmed that Torres and Fishburne were separated and had been keeping the separation private for the last year. Laurence filed for divorce on November 2nd, 2017. The divorce was finalized effective May 11th, 2018 after Torres and Fishburne reached a final settlement on April 16th, 2018.

Fishburne is a graduate of Lincoln Square Academy in New York. The school closed in the 1980s.

Fishburne is best known for his role as Morpheus, the hacker-mentor of Neo, played by Keanu Reeves, in the 1999 blockbuster science fiction film The Matrix. Additionally, Laurence provided the voice of Thrax in Osmosis Jones in 2001. He late did the role as Morpheus in the Matrix sequels The Matrix Reloaded, and The Matrix Revolutions in 2003.

In the movie Apocalypse Now, he plays the role of Gunner’s Mate 3rd Class Tyrone “Mr. Clean” Miller, the cocky seventeen-year-old South Bronx-born crewmember. The shooting of the movie began in March 1976 when Fishburne was only fourteen years old. At the time, he had lied about his age so that he could get cast in his role. The film took so long to finish that Fishburne was eighteen by the time of its release.

The following are movies that Fishburne was featured in:

Fishburne has an estimated net worth of $30 million. He has acquired a majority of his fortune from his acting career.

Details pertaining to his annual earnings are currently unavailable. This information is however currently under review and will soon be updated.