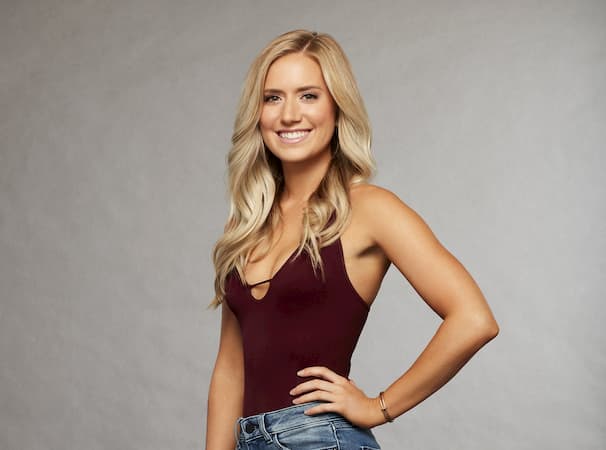 A native of Virginia Beach, Lauren Burnham is an American television personality, best known as a contestant on season 22 of The Bachelor.

Burnham graduated in 2015 with a Bachelor’s degree in psychology from Old Dominion University. She also has a degree in Pre-medicine studies from Central Washington University.

Burnham stands at a height of 5 feet 5 inches.

Burnham is the daughter of Pamela and Dave Burnham. There is currently no more information available about her parents. She, however, has a younger brother named Luke.

Burnham is married to Arie Luyendyk. Arie was The Bachelor during season 22 when she was a contestant. She was runner’s up, coming second after Becca Kufrin whom Arie proposed to.

However, weeks later he broke off his engagement with Becca in order to pursue Lauren. They got engaged at the After the Final Rose show.

“I’ve made some bad decisions but the best decision was running back to you. I can’t imagine a life without you. You have shown me a love that is patient, a love that is kind and I truly believe you are my soul mate. I’m ready to face this life with you and all that comes with it, good and bad. I love you so much and I wanted to do this in front of everyone because I wanna show you that I should have done this a long time ago. Lauren Elizabeth Burnham, will you marry me?” Arie said while proposing to Lauren.

The couple later moved to Arizona where they bought a house in Phoenix, Arizona, in April 2018. They eventually got married on January 12, 2019, in Haiku Mill, Maui, Hawaii.

On November 14, 2018, Lauren and her husband Arie, announced that they were expecting their first child, whom they revealed to be a girl in January 2019. The couple welcomed their daughter on May 29, 2019. They named her Alessi Ren.

In April 2020, the couple discovered that they were expecting their second child but unfortunately, the pregnancy ended in a miscarriage.

Burnham and Arie shared the terrible news on Youtube in a video that was captioned;

“A little over a month ago, we got the most exciting news and we found out that we were pregnant with our second baby. We made so many plans. We bought a new house with more space, we planned how we wanted to tell you all and we envisioned our future with Alessi’s little brother/sister.

“We were planning to share our journey through pregnancy with you, but unfortunately we didn’t get the happy story we had hoped for.

We decided to share this part of our journey with you, because well, we share everything with you! But also because we hope that by talking about this we can make other couples going through these times a little less lonely.”

Burnham worked as a Technology salesperson prior to joining the Bachelor. However, since The Bachelor, Lauren seems to have ventured into the real estate business just like her husband.

everyday w/ you is our favorite, but yesterday is one we’ll never forget!💗