KZ Okpala is an American professional basketball player for the Miami Heat of the NBA. He played college basketball for the Stanford Cardinal.

Okpala began playing basketball at age 4 but did not join a youth league because he found them unruly.

He grew up playing the game against adults at fitness clubs and parks. When he was in fourth grade, his family moved from Fresno to Yorba Linda, California, and he reached out to a local club team.

Okpala was born to Nigerian parents Martin and Mary Okpala, who settled in Orange County, California before his birth. 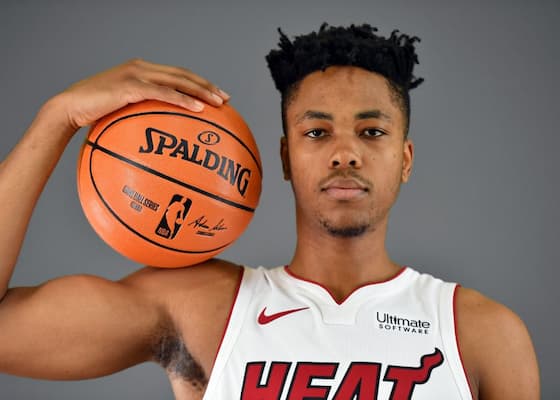 He joined the starting lineup as a sophomore. On January 16, 2015, during that season, he made a buzzer-beating three-pointer to defeat El Dorado High School.

As a junior, he averaged 23 points and 8 rebounds per game to lead Esperanza to a conference title and win Crestview League Player of the Year honors.

In his senior season, Okpala improved to 30 points, 11 rebounds, and 2 blocks per game. On November 25, 2016, he tallied 41 points in a 76–59 win over Spartanburg Day School at the Tournament of Champions.

Okpala scored a career-high 46 points against Crossroads School, which set a school record.

Okpala was named Crestview League Player of the Year and played at the Ballislife All-American Game.

Okpala was a consensus four-star recruit and one of the top high school players in California. He received an offer from Stanford in July 2016, shortly before committing there.

Okpala missed his first 11 games of his freshman season at Stanford because of academic ineligibility.

Later after being cleared to play, he debuted with 6 points in 28 minutes against Kansas on December 21, 2017.

Six days later, he earned Pac-12 Conference player of the week recognition. He also had another strong performance, erupting for 29 points, 6 rebounds, and 4 assists against Arizona on January 9, 2019.

At the end of his sophomore season, Okpala announced his intention to forgo his final two seasons of collegiate eligibility and declare for the 2019 NBA Draft.

He was drafted by the Phoenix Suns with the 32nd overall pick in the 2019 NBA draft but was soon after traded to the Miami Heat.