A native of Broken Arrow, Oklahoma, Kristin Chenoweth is an American actress and singer, who is best known for playing the role of Glinda in the musical Wicked.

As a child, she sang gospel music in Oklahoma and studied opera before deciding to pursue a career in musical theatre. She made her Broadway debut in 1997, in Steel Pier, winning a Theatre World Award.

Kristin is not yet married. She has dedicated most of her life to her career. She, however, admitted that she is looking forward to giving love a chance in her life.

Chenoweth has been engaged three times in her life. She most recently canceled her engagement to Hollywood movie producer Dana Brunetti in 2014. 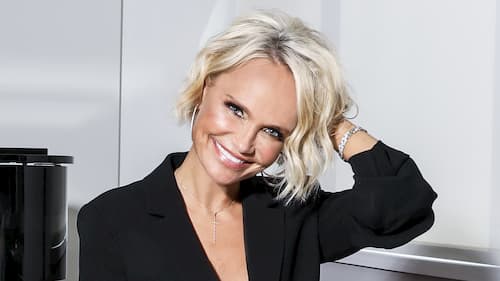 Chenoweth does not have any children. However, she has revealed that she is considering adopting just like she was adopted.

Where Is Kristin Chenoweth From

Chenoweth stands at a height of 5 feet and weighs 88 pounds.

Chenoweth has an estimated net worth of around $16 million.

In an interview with The Advocate, Chenoweth made it clear that she is both a woman of faith and one who supports gay rights.

Her gay rights stance became an issue in 2005 when she was scheduled to become a singing spokeswoman for a Women of Faith concert in Oklahoma. When the promoters learned of her stance they demanded her resignation but she refused and was later fired.

In 2010, she stood up for her “Promises, Promises” co-star Sean Hayes, who is openly gay, when a Newsweek reporter wrote an article questioning whether an openly gay actor could be believable when trying to play a straight character. In defense of Hayes, Kristin said, “Audiences aren’t giving a darn about who a person is sleeping with or his personal life. Give me a break! We’re actors first, whether we’re playing prostitutes, baseball players, or The Lion King.”

“Audiences come to the theater to go on a journey. It’s a character and it’s called acting, and I’d put Hayes and his brilliance up there with some of the greatest actors periods.”

Wicked is a Broadway musical with music and lyrics by Stephen Schwartz and the book by Winnie Holzman.

It is based on the 1995 Gregory Maguire’s novel Wicked: The Life and Times of the Wicked Witch of the West, a retelling of the 1939 Metro-Goldwyn-Mayer film The Wizard of Oz and L. Frank Baum’s classic 1900 novel, The Wonderful Wizard of Oz.

In Wicked, Kristin portrays the character, Glinda, also known as the Good Witch of the South.

Glinda first appears in Baum’s classic children’s novel, The Wonderful Wizard of Oz (1900), and is the most powerful sorceress in the Land of Oz, ruler of the Quadling Country south of the Emerald City, and protector of Princess Ozma.

Glee is an American musical comedy-drama television series. The series aired on the Fox network in the United States from May 19, 2009, to March 20, 2015.

In Glee, Kristin played character April Rhodes, a recurring character who once went to William McKinley High School with Will Schuester. She appears in two episodes in the first season, The Rhodes Not Taken and Home. She later returns in Season Two in the episode Rumours and is mentioned in New York, but does not appear.

The West Wing is an American serial political drama television series created by Aaron Sorkin and was originally broadcast on NBC from September 22, 1999, to May 14, 2006. The series is primarily set in the West Wing of the White House, where the Oval Office and offices of presidential senior staff are located, during the fictitious Democratic administration of Josiah Bartlet.

Annabeth joins the Bartlet administration in Season 6 as Deputy Press Secretary for media relations following the promotion of C. J. Cregg to White House Chief of Staff, although she applied for a different position after working for and reportedly “discovering” political talk show host Taylor Reid.

Maleficent is an evil fairy and the self-proclaimed “Mistress of All Evil” who, after not being invited to a christening, curses the infant Princess Aurora to “prick her finger on the spindle of a spinning wheel and die” before the sun sets on Aurora’s sixteenth birthday.

This character, an evil fairy and the self-proclaimed “Mistress of All Evil” who, after not being invited to a christening, curses the infant Princess Aurora to “prick her finger on the spindle of a spinning wheel and die” before the sun sets on Aurora’s sixteenth birthday.

Annie is an American made-for-television musical-comedy-drama film from The Wonderful World of Disney, adapted from the 1977 Broadway musical of the same name by Charles Strouse, Martin Charnin, and Thomas Meehan, which in turn is based on the 1924 Little Orphan Annie comic strip by Harold Gray.

Hairspray is the soundtrack album for the 2007 New Line Cinema musical film Hairspray. The film, Hairspray is an adaptation of the 2002 Broadway musical of the same name, itself adapted from John Waters’s original 1988 film. The track was released on July 10, 2007.

Candide is an operetta based on the 1759 novella of the same name by Voltaire, with music composed by Leonard Bernstein. The operetta was first performed with a libretto by Lillian Hellman in 1956.

To see or buy some of the Chenoweth’s jewelry, click here.

For Good is a song done by Kristin together with Idina Menzel. It was released in 2003.

Kristin Chenoweth The Art Of Elegance

The Art of Elegance is Chenoweth’s sixth album and fifth studio album.

Popular is a song by Kristin. The song is performed by the Broadway company’s original Glinda, (Kristin), on the original Broadway cast recording. This song is about a popular girl (Glinda) trying to help her unpopular roommate (Elphaba) become more popular. The song was written by composer Stephen Schwartz for the first act of 2003 musical Wicked.

Coming Home is a 2014 PBS special featuring a concert by Kristin which was later made into a CD and DVD.

PBS, in 2014, asked Chenoweth to do a concert for a special which she chose to do in her hometown of Broken Arrow, Oklahoma. The concert featured songs she enjoyed since childhood and songs from her career. She performed a duet of “For Good” with Broken Arrow resident Axyl Langford, and the Broken Arrow High School choir providing backup vocals in “Upon this Rock”.

A live CD of the concert was later released by Concord Records on November 17, 2014.

The album consists of the following songs:

Here are some of Kristin’s songs.

Here are some of Kristin’s musicals;

Films by Chenoweth on Broadway.