A native of Milwaukee, Wisconsin, Kristen Powers is an American journalist working as a reporter for ABC7 since June 2019.

Powers works as a reporter for ABC7 since June 2019. She reports on Good Morning Washington during the week.

She previously worked as a reporter and anchor at KBAK/KBFX, the CBS and FOX affiliates in Bakersfield, Calif. While there, Kristen’s job entailed wearing several hats, like shooting her own video and editing her own stories.

Powers covered everything from breaking news, politics and local issues to feature stories and entertainment. Some of the major stories she has reported on include, the Las Vegas shooting in 2017 and several California wildfires. 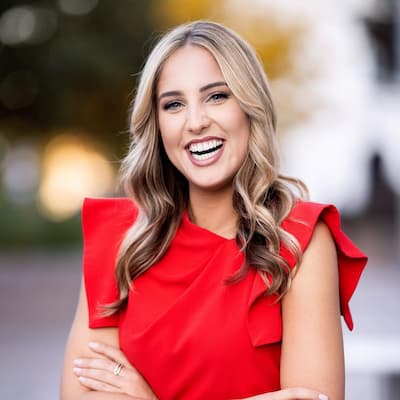 Powers was recognized by the Radio and Television News Association with a Golden Mike Award for her coverage in Las Vegas and journalistic integrity.

She also worked as a multi-media journalist, sending stories from Capitol Hill to a station in Little Rock and Fayetteville, Arkansas prior to moving to California. Kristen also reported on the Pennsylvania and New Hampshire Presidential primaries in 2016.

Powers is yet to share her date and year of birth. Her age, therefore, remains unknown. She was born and raised in Milwaukee, Wisconsin.

Powers stands at an estimated height of about 5 feet 5 inches (1.65 m). Her weight and other body measurements are not yet available.

Powers has managed to keep her family away from the limelight. As a result, there is no information available about her parents or siblings.

Powers lives a very private personal life. She does not share information on her love life and we, therefore, cannot confirm her marital status. We will provide this information as soon as it is available.