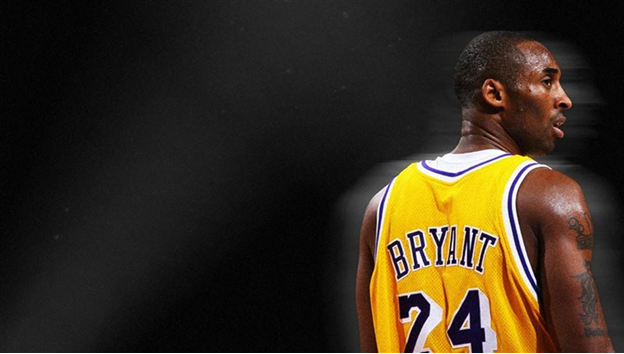 On August 23, 2020; many basketball superstars and more spot icons and lovers of the Basketball icon and legend, Kobe Bryant, took to social media to express their grief once again as they wished the deceased basketball legend a posthumous happy birthday. The current basketball top earner and former teammate Lebron James was at the fore in such a posthumously meritorious wish.

However, Kobe Bean Bryant, the legend and icon of the game died on January 24, 2020, in a helicopter crash that affected the movement of his 13-year-old daughter, Gianna, and seven other passengers. The 41-year-old Bryant leaves a rich legacy on the court for his accomplishments and a relentless drive that helped the Los Angeles Lakers win five NBA titles during his 20-year career.

Kobe Bean Bryant was an American professional basketball player who spent his entire career at Los Angeles Laker in the National Basketball Association (NBA). Kobe Bryant was born on August 23, 1978, to the family of a former basketball player, Joe Bryant, and Pamela Cox Bryant.

He was the youngest child of the family and the only son of the former NBA player. Although he was named after a restaurant menu, Kobe in Japan by his parents, but his second name was after his father’s nickname “Jellybean”.

Although, the Black Mamba would have started playing basketball when he was 3 years old, but would eventually fall in love with the game at age 6.  Bryant’s grandfather used to send him videos of NBA games in the NBA. Kobe would study these games religiously and his prowess and popularity began in his high school days and eventually made it to the big occasion ( National Basketball Association) at age 17 without going to college and was the fifth prodigy to that at the time in 1996.

After Bryant’s father retired from playing basketball from the lower division of the Italian side, their family moved back to the United States. Kobe played for the varsity basketball team of Lower Merion High School in his freshman year and received recognition across the US for an incredible season.

Kobe would go on to smash all the statistics with the Los Angeles Laker in his 20 years illustrious career at the heart of Los Angeles, which earned him considerable respect and affection by his colleagues and nemesis. Bryant was one of the games all-time greats and was considered to be on par with legendary Michael Jordan and Magic Johnson. However, injury and scandals would not make him enjoy his career to the fullest as his last playing days we’re ravaging with injuries and inconsistencies.

Despite the inconsistency in his first playing days, coupled with injuries and scandals, Kobe Bryan would not make the national team squad until 2007. The basketball legend would go ahead with a perfect record of 26-0 in his national team career, which earned a gold medal all through his national campaign.

Prior to his tragic death in January 2020, Los Angeles Lakers legend and NBA icon Kobe Bryant amassed an incredible net worth of $600 million. This does not come as a surprise, considering not only how outstanding he was on the basketball court, but also, how marketable he was as a player.

After an illustrious 2 decades of a basketball career, Bryant certainly goes down in history as one of the greatest players that ever graced the beautiful sport of basketball. He did it all during his tenure in the league, winning the NBA title five times, bagging the MVP trophy once, and getting no less than 18 All-Star nods, to name a few of his accolades.

During this time on the court, Bryant also amassed quite a fortune. Aside from being one of the basketball greats, he was also one of the highest-paid players in the history of the NBA, with total career earnings estimated at $323.3 million, Kobe ranks as the second-highest NBA player of all time, behind only Kevin Garnett by a slim margin, in who he earned $334.3 million in his 21 seasons.

That figure only represents a portion of his total earnings, as it does not include all of his income from the myriad of endorsement deals Kobe signed through the years. Not to mention his other investments outside basketball, which he has also turned into a major profit to help generate such an impressive net worth.

So how much is Kobe Bryant worth today? Well, the supposedly 42-year-old on August 23, will currently have a net worth of $600 million. That’s a little more than half a billion dollars.

Honestly, this does not come as a surprise, considering not only how outstanding he was on the basketball court, but also, how marketable he was as a player.

Kobe Bryant entered the league in 1996 as the third overall pick of that draft class. Coming straight out of Lower Merion High School in Philadelphia, Kobe would instantly hit the $1 million salary mark in his very first year in the league.

However, he would sign his first big contract with the Lakers during the summer of 1999, putting pen to paper on a deal that would see him earning upwards of $10 million per season for the next few years. Bryant would never look back and would only increase his value from there on out.

It was towards the tail end of his career that he would earn the most. At one point, the Lakers paid Kobe $30.4 million for a single season. This was in the 2013-14 campaign — two years before he would finally call it a career in 2016.

All in all, Bryant earned over $320 million in 20 decorated years with the Lakers.

Having been one of the most popular NBA stars of his generation, brands were lining up to sign Kobe to several lucrative endorsement deals as an active player. According to Fortune, this includes industry giants such as Nutella, Sprite, Spalding, Call of Duty, Upper Deck, and McDonald’s, to name a few.

It’s hard to pinpoint exactly how much Bryant amassed in endorsement deal earnings during his time as one of the most marketable celebrities in the world, but you can be sure that he built an absolute fortune out of these deals.

Four years into his retirement, Bryant continued to be a highly sought-after endorser prior to his passing. He had active deals with the likes of Turkish Airlines and Lenovo in 2020.

However, the biggest pay-out has got to be his deal with Nike, which recently launched a retro release of Bryant’s own personal shoe line. Fortune estimates that Kobe was still earning around $20 million per year in endorsement deals.

It is worth noting, though, that Bryant’s sexual assault charges in 2003 had a significant adverse effect on his marketability. So much so, that at that point in time, brands like McDonald’s and Ferrero decided to cancel their active deals with the Lakers superstar in order to distance themselves from him.

Bryant was able to prove his innocence in court, but there are some who believe that he was never able to recover his peak market value following the scandal.

Finally, Kobe also had several investments outside basketball that continue to bring in the profits by the millions. Some of his most notable investments include his stake in the highly-popular sports website The Players’ Tribune and energy drink BodyArmor.

According to reports, Kobe initially purchased 10% of the energy drink company back in 2014 for $6 million. Four years later, the beverage giant Coca-Cola would purchase a stake in the company, bringing up the brand’s total net worth to $2 billion. This skyrocketed the value of Bryant’s stake, which is now estimated at $200 million.

Furthermore, Kobe Bryant entered a partnership with Jeff Stibel to jointly launch Bryant-Stibel, a venture capital company funded with $100 million. The fund was invested in technology, data, and media companies. There are many more companies in which Kobe and Jeff invested their money and they include LegalZoom, The Players Tribune: a sports media website, Juicero, and a videogame designer.

Bryant was very smart about where he put his money, estimated to be earning $20 million per year on his investments alone.

The Black Mamba will be remembered as a player who had one of the most tremendous impacts on the sport as a whole. On the other hand, he was also incredibly well informed when it came to the financial aspect of the game, and surely, the next generations of NBA superstars should learn a thing or two from how Kobe Bryant handled his worth.

A native of Indianapolis, Indiana, Ron Klain is an American attorney, political consultant, and former lobbyist. He is a member of the Democratic Party.

A native of Wakefield, Massachusetts, Rachel Levine is an American pediatrician currently serving as the Pennsylvania Secretary of Health.

A native of Los Angeles, California, Amanda Gorman is an American poet and activist whose work focuses on issues of oppression, feminism, race, and marginalization.

A native of New York, Bria Martone is an American hair and makeup artist as well as a television personality who is best known for appearing on TLC’s show Unpolished.

A native of New York, Lexi Martone is an American celebrity nail artist and television personality best known as a cast member on TLC’s show Unpolished.

A native of Detroit, Michigan, Michael Estime is an American meteorologist working at WJBK Fox 2 News. He holds a membership with the National Weather Association.

Hilary Golston is an American five-time Emmy-Award winning journalist working as an anchor and reporter for Fox 2 Detroit.

A native of Washington, Monica Gayle is an American journalist working as a news anchor for Fox 2. She anchors the 5, 6, 10 pm news.

Based in London, UK, Asttina Mandella is a British drag performer best known as a contestant on season 2 of “RuPaul’s Drag Race UK”.