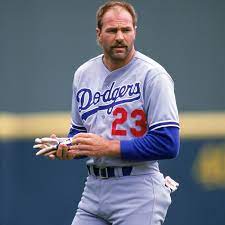 He is presently a color commentator for the Detroit Tigers on Bally Sports Detroit and a special assistant for the Tigers. However, as a player, Gibson was an outfielder who batted and threw left-handed.

Gibson attended and graduated from Waterford Kettering High School. He then enrolled at Michigan State University, where he played as an All-American wide receiver in football. He gained recognition as a Football player by leading the Spartans to a tie for the Big Ten. However, he began playing collegiate baseball, after which he chose baseball as his sports career.

Gibson was born to Barbara and Bob Gibson in Pontiac, Michigan. Our efforts to find out more about his family came to no avail as no such information is publicly available. Thus, it is also not known if he has any siblings. We will update this section once this information is available.

Gibson is happily married to his wife JoAnn Szklarski. The couple tied the knot on 22 December 1985, in a double ceremony where Tiger pitcher Dave Rozema married JoAnn’s sister Sandy. They were married at Grosse Pointe Memorial Church in Grosse Pointe Farms, Michigan.

They are blessed with four kids named Kirk, Colleen, Cam, Kirk, and Kevin Gibson. His son Cam was drafted by the Detroit Tigers in the 5th round, 160th overall, in the 2015 Major League Baseball draft, and his other son Kevin, is a defenseman for the Fort Wayne Komets in the ECHL.

Gibson has an estimated net worth of $15 Million

Early in his career, Gibson was proclaimed by manager Sparky Anderson to be the next Mickey Mantle. Anderson later apologized and said that probably put too much pressure on a young and inexperienced Gibson. Nevertheless, Gibson was considered a versatile power/speed player in the 1980s who was able to hit home runs as well as steal bases. He finished in the top 10 in home runs 3 times in his career and ranked in the top 10 in stolen bases 4 times. He fell one home run short of becoming the first Tiger in the 30–30 club in 1985.

Gibson was known for hitting clutch home runs. In the eighth inning of Game 5 of the 1984 World Series between the Tigers and Padres, he faced Goose Gossage, one of the game’s premier relievers, with Detroit up 5–4 and runners on second and third with one out. An intentional (or at least semi-intentional) walk seemed to be in order, especially because Gibson had already homered earlier in the game.

In the Sounds of the Game video, Detroit manager Sparky Anderson was seen yelling at Gibson from the dugout, “He doesn’t want to walk you!”, showing four fingers and then making a bat-swinging motion, the universal baseball gesture for “swing away.” Gibson got the message and launched Gossage’s 1–0 fastball deep into Tiger Stadium’s right-field upper deck for a three-run homer, icing the game and the Series for the Tigers.

In the ESPN interview with Gossage and Williams that aired after the 2008 Hall of Fame inductions, Williams took responsibility for the situation, as he allowed Gossage to talk him into pitching to Gibson. At the same time, Williams ribbed Gossage that Gibson’s home run damaged several seats “in consecutive rows.”

In 2003, Gibson was named the Tigers’ bench coach by new Tigers manager and former Tigers teammate Alan Trammell. He served in that position until the midway point of the 2005 season when he was moved from bench coach to hitting coach, swapping positions with Bruce Fields. As of the start of the 2007 Major League Baseball season, Gibson became the new Arizona Diamondbacks bench coach.

Gibson had worn #23 as a player in both footballs at Michigan State and baseball throughout his career. However, while coaching for the Tigers, he wore #22 after #23 was retired for Willie Horton. Gibson wore #23 as a manager for the Arizona Diamondbacks.

Gibson is all for being part of a team that faces a common challenge. Ten million people worldwide have Parkinson’s disease. The limp that became Gibson’d trademark for determination when he circled the bases after his iconic walk-off pinch-hit home run for the Dodgers in Game 1 of the 1988 World Series is now in his left foot and is just one of his symptoms.

Parkinson’s is a disorder of the central nervous system that affects movement and causes tremors. Gibson announced in 2015 that he had been diagnosed with Parkinson’s disease.