A native of  Pretoria, South Africa, Kimbal Musk is a South African chef, entrepreneur, and restaurateur. He owns The Kitchen Restaurant Group, a collection of “community” restaurants located in Indianapolis, Colorado, and  Chicago.

After completing high school in Pretoria, South Africa, Musk left to meet his brother in Kingston, Ontario, Canada and enlisted at Queen’s University to pursue a degree in business. While in school, he first worked at Scotiabank. He graduated with his degree from Queen’s University in 1995.

Musk was born and raised in Pretoria, South Africa by his parents. His mother, Maye Musk, is a prominent dietician and his father Errol Musk had his own engineering practice. Musk grew up with his sister Tosca, brother Elon, and many cousins. 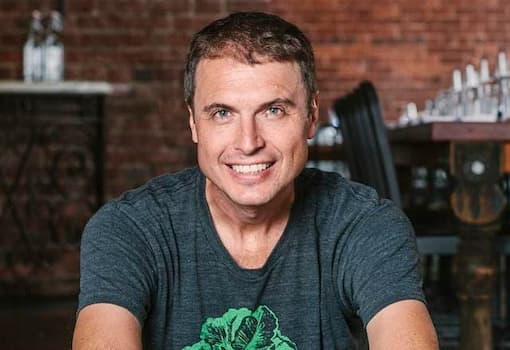 Musk is happily married to his loving and devoted Jen Lewin, with whom he established The Kitchen. The partners had three kids together and thereafter divorced. He lives in Boulder, Colorado. In April 2018, he married Christiana Wyly, an environmental activist and the daughter of billionaire Sam Wyly.

Musk has an estimated net worth of $700 million.

Musk’s restaurant group collected funds (called the ‘Family Fund’) from employees to cover hardships and personal emergencies, but during the COVID-19 pandemic of 2020, the restaurants closed ‘permanently’ and the employees were locked out of the funds they contributed to over the life of the restaurant’s existence.

Subsequently, the restaurants reopened but reportedly did not restore the fund to those who contributed. Musk later disputed previous reports of the controversy, citing the lack of facts by journalists. The Kitchen Restaurant Group reports ‘The Fund’ now receives contributions from owners and customers; as tips for take-out orders are rerouted to the fund and then matched by the owners. The group also reports that grants have been awarded to date and moving forward both furloughed and laid-off workers will be considered.

In the year 2011 Musk and Matheson founded Big Green. Big Green developed 26 gardens in Colorado, 16 in Chicago, and 12 more around the United States in the year 2012. The Kitchen Community (TKC) became a nationwide organization named Big Green.

In January 2018, its seventh city, Detroit, disclosed plans to create outdoor Learning Garden classrooms in 100 schools across the city. Big Green is in seven American cities as of 2019, with almost 600 schools in its chain touching over 300,000 kids per day. Plant a Seed Day has been declared a worldwide holiday by Musk and Big Green.

Musk started his professional career while still in high school. He started working at Scotiabank. This was followed by his business degree from the university, and following graduation, his first venture was a home painting business. In the year 1994 Kimbal Musk’s first foray into entrepreneurship with College Pro Painters, a home painting firm. he along with his older brother Elon launched Zip2.

With funding from angel investors, Musk, Kimbal, and Greg Kouri founded the online software firm Zip2 in 1995. The company Zip2 was sold for $307 million in 1999. He has invested in numerous fledgling software and technology businesses after they sold Zip2.

His brother Elon Musk founded x.com, Kimbal Musk and Elon Musk was an early investor in a firm, X.com, which provides online financial services and electronic payments. X.com acquired the popular money transfer system PayPal which was purchased by eBay for $1.5 billion in shares in October 2002.

He established The Kitchen Restaurant Group. It is a network of family restaurants spread throughout the United States situated in Colorado, Chicago, Cleveland, Memphis, and Indianapolis. He is also a well-known businessman. They have locations in Memphis and Indianapolis as well.
He is well-known for his accomplishments to date, and he is highly picky about his work. Kimbal Musk is the co-founder and chairman of Big Green, a 501(c) organization that has created hundreds of “Learning Gardens” in schoolyards across the United States.
He is also the co-founder and chairman of Square Root, an urban farming firm that grows food in hydroponic, indoor, climate-controlled shipping containers situated in Brooklyn, New York. Musk is currently a member of the Tesla Inc. and SpaceX boards of directors. From 2013 until 2019, he served on the board of directors of Chipotle Mexican Grill.