A native of New York, Kevin Madden is an American public relations professional or pundit in newspapers and magazines. He also a political commentator on CNN.

Madden was a senior advisor to and spokesman for Mitt Romney’s 2012 U.S. presidential campaign.

Madden is a Christian as he was raised a Roman Catholic. 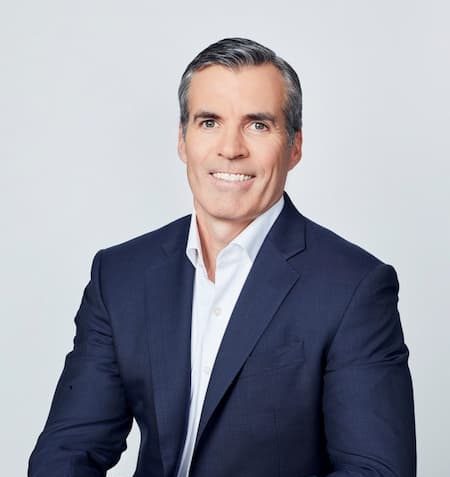 Madden was born to a Galway-born father and Tyrone-born mother who emigrated from Ireland in the early 1960s.

His father was an auto mechanic. He told the Houston Chronicle that his father read three newspapers each Sunday and enjoyed discussing news and politics.

Kevin grew up in a household where it was a sin to sit in silence without an opinion and that is where he got his influence to venture into politics.

Madden has a sister who is also a journalist and a brother who is a lawyer.

Madden is married, since November 22, 2003, to Jaclyn Norris of Pittsburgh. By the time they wed, Jaclyn was the legislative director for Congressman Ric Keller. Together, the couple has three sons.

In 1994 after graduating from college, Madden went to work for the Yonkers City Council, working for Councilman Carlo DiNota. He soon became the spokesman for John Spencer, a family friend in his successful 1996 Yonkers mayoral campaign. After helping Spencer win re-election, Kevin moved to Washington, D.C. and became senior policy advisor and chief spokesman for Congressman John E. Sweeney beginning 2001.

He was also one of a handful of national spokespersons and Deputy Director of Public Affairs for the George W. Bush administration Department of Justice. In 2003, Kevin’s growing stature in the GOP was described as “further proof of the heavy influence New York Irish Americans have in the Republican party,” by the Irish Voice.

And although Mitt Romney did not win the nomination, a Los Angeles Times discussion on Romney’s unsuccessful 2008 primary campaign noted that “his media operation CANNOT rank among the problems.

Anchored by Madden, a savvy and telegenic GOP spokesman the press shop was hard-working, well-organized, and quick off the mark.”

Also discussing the 2008 campaigns, The Belfast Telegraph was of the opinion that Madden and Matt Rhoades “have built the most sophisticated of all the press operations. Madden, in particular, is genuinely liked and respected by the press”.

The following election cycle, Madden joined Mitt Romney’s 2012 presidential campaign. As Romney was securing the nomination in July 2012, ABC News described Kevin as “a face of the campaign” and as “a more visible member of the candidate’s campaign staff”.

Between the 2008 and 2012 campaigns, Kevin was hired as a Managing Director of The Glover Park Group, a public affairs firm in Washington D.C.

Kevin joined CNN as a political commentator in 2013. In his acknowledgment message, Madden said; “ This is such an exciting time in the national conversation about the direction of our country, with so many Americans looking to CNN for an informed perspective of today’s political debates.”

“ I’m looking forward to bringing my experience of working on national campaigns and Capitol Hill to CNN’s coverage of this national conversation.”