The trial attorney stands at an approximated height of 5 feet 6 inches. According to her photos, her height goes well with her body size. Katie has light brown hair and brown eyes. There are no further details about her body measurements. 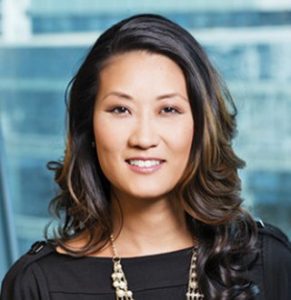 Phang was born and raised in Miami, Florida. She was born to her parents Jean and Michael. Her father worked as the dean of the University of Miami’s College of Engineering. Micheal came to the USA at the age of 19. He passed on in 2019 on father’s day. He died from complications related to Alzheimer’s. Her mother Jean is a retired nurse.

Katie is happily married to her husband Jonathan Feldman who is also a lawyer. The two tied the knot in a private wedding ceremony. However, there is no information about when they got married and where the wedding ceremony took place. Jonathan’s practice areas include financial services litigation, professional malpractice litigation, and bankruptcy. Phang and her husband have a daughter named Charlotte.

Katie is a  legal contributor on both NBC News and MSNBC. She joined both news channels in January 2017. She uses her trial experiences to provide analysis and commentary on the latest legal issues around the world.

Katie’s practice revolves around Commercial litigation, hospitality litigation, and criminal defense, and special investigations. She started her career as a Division Chief and Assistant State Attorney at Miami-Dade State Attorney’s office. She prosecuted and tried first-degree murders and other capital offenses.

Katie is the co-founder and co-owner at Phang & Fieldman, P.A. She has authored and edited the 10th edition of the “Florida Practitioner’s Guide: Civil Trial Preparation”. In addition, she provides strategic communication guidance through crisis. Phang is an Adjunct Professor of Litigation Skills at the University of Miami.

Katie has an estimated net worth of $5 million. She has accumulated her impressive wealth from her successful career as a trial attorney and media relations and crisis management consultant.