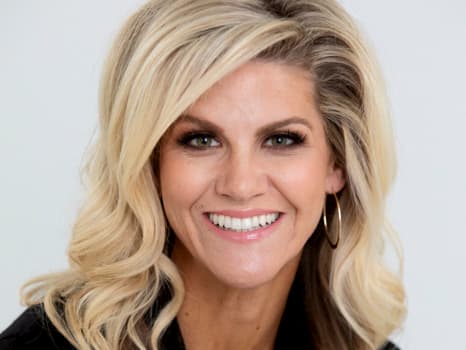 A native of Lehigh Valley, Pennsylvania, Katie Fehlinger is an American meteorologist working for CBS 3 and The CW Philly’s morning news team from September 2011.

Prior to joining CBS 3, Fehlinger worked as a news forecaster in New York for WCBS. She is known for contributing to climate change issues and weather’s effects on sports.

In 2011, Fehlinger joined CBS 3 and The CW Philly’s morning news team. Before joining CBS, she previously worked for WCBS in New York. At WCBS she worked as the weekend morning news forecaster. She had previously served as a forecaster at AccuWeather, Inc. in State College, Pennsylvania.

Fehlinger began her journalism career at Bath, Pennsylvania where she started working at the RCN 4. She also did the reporting of the award-winning news as well as a magazine show called the Tempo! She switched to weather in 2006 and ended up more interested in meteorology.

Other networks she has worked for include Fox Sports Networks, NESN, YES, and the Big Ten Network. She also reported as a regular football, baseball, and hockey game day weather reporter.

Fehlinger is married to her husband Steve Faye, a strategist in Accuweather company. They have lived a very private life and as a result, there is no more information available about the husband and the couple as a whole. They live together in Delaware County, Pennsylvania together with their two daughters.

Fehlinger and her husband Steve have twin daughters. The girls were born in August 2015. and their names are Parker Janice and Kaeden Faye.At the moment, there is no more information available about the couple’s daughters.

Katie Fehlinger Salary and Net Worth

It is not yet know how much Fehlinger earns as a meteorologist CBS 3. Her net worth is under review. We will update this information as soon as it is available.