Snow went to Burnt Hills-Ballston Lake High School, from where she graduated in 1987. She then attended Cornell University, and upon graduation, she enrolled at Georgetown University, graduating with a master’s degree in foreign service.

Snow was born to Dean R. Snow, the famous Iroquoian expert and the anthropologist, a former professor at Pennsylvania State University while her mother was an English and prom teacher. She moved with her family to New York when she was just six months old and this caught her spend her childhood days in New York with her educated and loving parents. 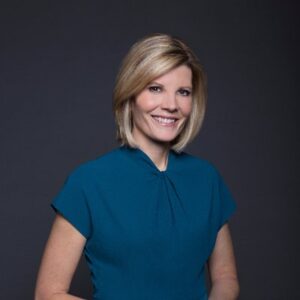 Snow is presently married to her husband Chris Bro, a radio presenter. It is not publicly known how long they dated before marriage and when they got married the partners were blessed with two teenage kids, a son named Zach Bro, and a daughter named Abigail Keller Bro.

Prior to joining NBC News in 2010, Snow was the anchor of the weekend edition of ABC’s Good Morning America for six years. Previously, she was a White House correspondent for ABC News and a Congressional Correspondent for CNN.

Presently Snow is a weekday anchor for MSNBC Live, as well as an Emmy-winning National Correspondent for Sunday editions,anchor of NBC Nightly News and NBC News. During her reporting, she emerges across all media of NBC News and MSNBC. She operates as a fill-in anchor for Nightly News and TODAY.

Before she was named National Correspondent in 2013, Snow was a journalist for the primetime report magazine, Rock Center with Brian Williams.

She has protected politics all through her career, including Congress, the White House, and five presidential elections. Snow continues to protect developing news stories from the mass shooting in Newtown to conflict in the Middle East to allegations against Bill Cosby.