Judy Haim is an Israeli-Canadian Computer operator, who is best known as the mother of late Canadian actor Corey Haim.

Haim’s date and year of birth are not yet known. Her age, therefore, remains unknown.

Haim was married to Bernie Haim, the father of her children Corey and Carol. Judy and her husband divorced after being married for 18 years. They were married from 1962 to 1982.

Corey was Judy’s second child and last born. he was an actor who starred in films like Lucas, Silver Bullet, Murphy’s Romance, License to Drive and Dream a Little Dream. He struggled with drug addiction throughout his career. Corey died of pneumonia on March 10, 2010.

Haim’s net worth is under review. 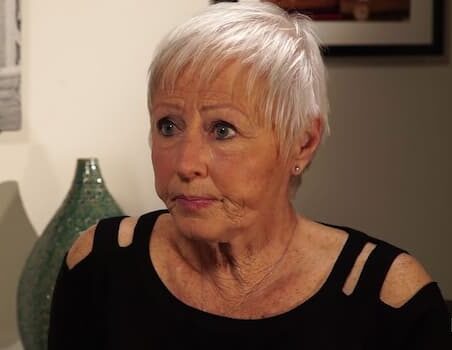 Corey was friends with American actor Corey Feldman. Together they formed a duo known as The Two Coreys and they became the 1980s icons and appeared together in seven movies. They also starred in the A&E American reality show The Two Coreys.

After Corey Haim’s death, Feldman claimed that a “Hollywood mogul” who abused Haim was to blame for his death. A memoir by Corey Feldman, known as Coreyography, details the sexual abuse he and Haim suffered as young actors in the film industry, during the filming of Lucas.

In 2016, Judy, Corey’s mother, sent a cease and desist letter to Feldman threatening to sue him if he continued to lie about her son being sexually abused. She claimed that Fieldman was just looking for attention and money.

Documentary: (My) Truth: The Rape of 2 Coreys

On March 10, 2020, Corey Feldman released a documentary, ‘(My) Truth: The Rape of 2 Coreys. He claims Charlie Sheen raped Corey Haim. This claim was backed up in the documentary by Jamison Newlander, who was Corey Haim’s friend and Feldman’s ex-wife Susie Sprague, Both of the claimed that Haim revealed the alleged rape to them and suggested that it was common knowledge in Hollywood circles but was ultimately ignored.

He also spoke out against Haim’s mother, Judy, due to her attacks against him on his credibility claiming that she has attempted to bury the truth about Sheen’s involvement and his efforts to expose other abusers.