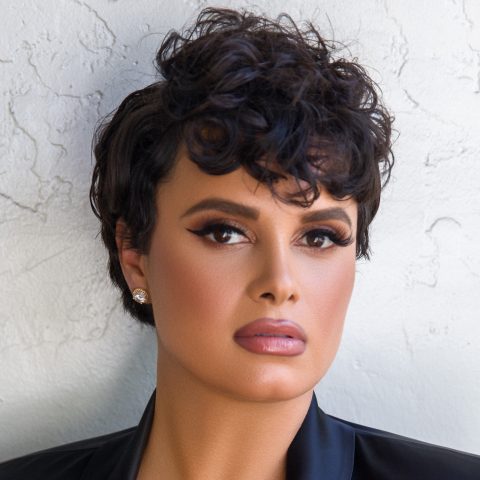 A native of Pittsburgh, Pennsylvania, United States Joy Taylor is a well-known American television host for Fox Sports 1 and a media personality. Taylor is currently the host of The Joy Taylor Show Saturdays on Fox Sports Radio news update and the anchor on Fox Sports 1’s The Herd with Colin Cowherd.

Taylor is 35 years old as of 2022. She was born on 17 January 1987  in Pittsburgh, Pennsylvania, United States. She celebrates his birthday on 17 January every year.

Taylor attended Barry University, where she graduated with a Bachelor of Arts in broadcast communications in 2009. She was the host of the radio show The Noise and served as the manager for her alma mater’s radio station WBRY 1640 AM while finishing her degree. 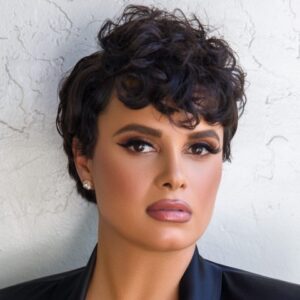 Other than this, her elder brother Jason Taylor is a popular football player. He has played as an Outside Linebacker for National Football League from the year 1997 to 2011.

Taylor was happily married to her lovely husband Richard Giannotti, a former president of Athlete Asset Management at Global Wealth Management, and a professional baseball player on 13 February 2016. The two met in 2010 on the set of a show. Their marriage lasted only for a year before they divorced in 2017.

However, we don’t have any information regarding her kids. We will update this section as soon as the information is available.

Taylor has an estimated net worth of $1 million.

Taylor has a podcast ‘Maybe I’m Crazy with Taylor’ which she hosts alongside Brandon Newman. The podcast focuses on Internet News, NFL, and NBA.

Taylor formerly worked three years at 790 AM The Ticket in Miami, where she started as the executive producer, then eventually became the co-host for the station’s top-rated morning-drive sports radio show, Zaslow and Joy Show.

Taylor also served as the host of Fantasy Football Today and Thursday Night Live on CBSSports.com.She joined FOX Sports in March 2016, playing pinch-hitter in several different FS1 roles, including filling in for Kristine Leahy on The Herd with Colin Cowherd.

On August 15, 2016, it was announced by Fox Sports that Taylor would be the moderator for Fox Sports 1’s upcoming sports debate show Skip and Shannon: Undisputed with commentators Skip Bayless and former NFL tight end and former CBS sports analyst Shannon Sharpe.

She also hosts The Hang on Facebook Live and her Podcast “Maybe I’m Crazy.’ In 2018, Fox announced that beginning June 18, Taylor would be moving from Undisputed to The Herd with Colin Cowherd, also airing on FS1 along with Fox Sports Radio.