A native of Great Neck, New York, Jon Taffer is an American entrepreneur and television personality best known as the host of the reality series Bar Rescue on the Paramount Network.

His birth name is Jonathan Peter Taffer and is highly honored with creating the concept for NFL Sunday Ticket.

Taffer has not yet disclosed any information about his parents or siblings. 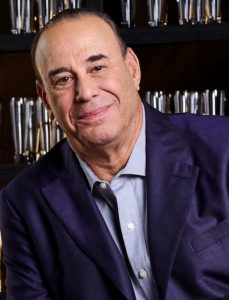 Taffer is married to his wife Nicole. They have been married since 2000 but they don’t have a child together although Taffer has a daughter named Samantha, from a previous marriage.

Taffer is credited with inventing the NFL Sunday Ticket pay-per-view programming kit, which debuted in 1994 and was instrumental in its promotion, delivery, and sales systems, for which he served on the NFL Enterprises Board of Directors for three years.

He was one of the Nightclub Hall of Fame’s first six inductees. Bar Rescue, a reality television series that follows Taffer as he revitalizes struggling bars and nightclubs across the United States, premiered on Spike TV on July 17, 2011. Nicole, Taffer’s wife, appears on the show on occasion as a mystery shopper who evaluates the consistency of the bar before Taffer gives it a makeover.

In October 2013, Taffer published a book talking about his years of bar and nightlife experience. He developed BarHQ, an all-inclusive bar and nightclub management app in November 2014. It was announced that he would host a spinoff show called Marriage Rescue, where he would work to save couples’ failing relationships in May 2019.

Taffer has an estimated net worth of $14 million.