A native of Philadelphia, Pennsylvania, Jillian Mele is an American news anchor and reporter who works as a co-host on Fox & Friends First, based in New York City.

Mele graduated from La Salle University in Philadelphia with a B.A. in arts and communication. While in high school, she e worked as a grocery store clerk.

Mele joined Fox News in March 2017. She now serves as co-anchor of Fox & Friends First and as headlines reporter for Fox & Friends.

She got her first job as an anchor for WAGM-TV after graduating from college. Mele went on to work as a correspondent on WIVT as well as a co-host of the evening news at Binghamton.

In 2007, Mele joined NBC 10 in Philadelphia, Pennsylvania. While working there, she earned an Emmy award for her work on a show about the Olympics. 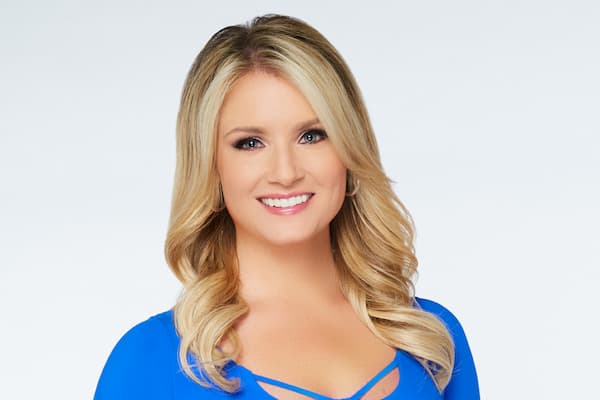 Later in 2014, Mele went on to accept a position with NBC Sports Philadelphia. She co-hosted a morning sports talk show called Breakfast on Broad. She earned another Emmy and a Philadelphia Eagles post-game program called Endgame.

mele is the daughter of Roseanne Zlemek Mele and Tom Mele. She is the couple’s only child. There is no more information about her parents at the moment.

Mele is not yet married. She however lives a very private personal life and has managed to keep her love life away from the public. It is known that Mele is in a relationship but the identity of her partner is unknown.

Mele is of mixed ethnicity. She addressed her ethnicity on Twitter when replying to a tweet. She wrote; “I am Irish! And Italian, German, Polish & Dutch….. Big mix over here!”

Jillian Mele Salary and Net Worth