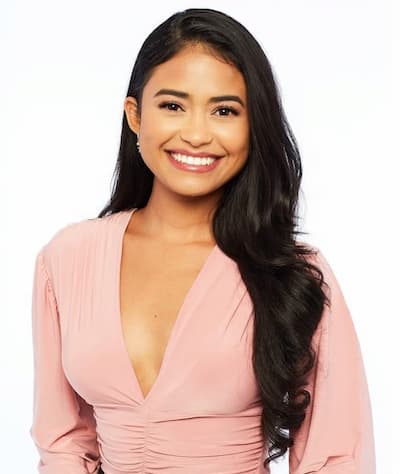 Jessenia was born on October 31, 1992, in San Antonia, Texas, United States. She is 28 years old as of 2020. Cruz celebrates her birthday on the 31st of October every year surrounded by family and friends.

The former beauty pageant competitor stands at an average height of 5 feet 7 inches. She is of moderate weight. Cruz has black hair and beautiful brown eyes. There are no further details about her body measurements. However, these details will be updated as soon as they are available. 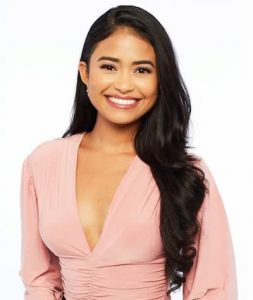 Cruz was born and raised in San Antonio, Texas. The tv-personality has not yet disclosed any information about her parents or siblings if she has any. Despite her fame, Cruz has always preferred to keep some of her personal information away from the public. However, this information will be updated as soon as it is available.

Cruz had just ended her relationship prior to joining the reality dating show The Bachelor with hopes of finding her perfect match. In an interview, Cruz described her dream man as; a man who takes initiative, is adventurous, exciting, and unpredictable. She went on to add that her man should love dogs because she has three. Hopefully, Cruz will be able to get her dream man.

Jessenia appeared on the 25th season of the reality show The Bachelor airing on ABC. This season featured real estate broker and Charity founder, Matt James from Raleigh, North Carolina. The show premiered on January 4, 2021.

Matt is the first Black Male Lead since the show started. At the end of the show, he chose to pursue a relationship with Rachel Kirkconnell. Cruz was eliminated from the show on the seventh week.  Joining the show, she had hopes of finding an adventurous and exciting man who is able to take an initiative.

Cruz stars in the 7th season of Bachelor In Paradise. The show premiered on August 16, 2021. The show features contestants who have previously appeared on “The Bachelor” and “The Bachelorette”. They get to travel to an island for a second chance at love. Some of the contestants include; Serena Pitt, Victoria Paul, Ivan Hall, Joe Amabile, and Karl Smith.

Cruz is a social media marketing manager currently working at Sole Proprietor. She started working here in February 2020. She has previously worked at Camilla Crown LLC from 2017 to September 2019. Cruz has also worked for GAL Fashion and Abercrombie & Fitch.

Cruz has an estimated net worth in the range of $150, 000 – $500, 000. She has accumulated her net worth from her career as a social media marketing manager and tv personality.