A native of New Jersey, Jennifer Rubin is an American journalist who writes the “Right Turn” blog for The Washington Post.

Prior to joining The Washington Post, Rubin worked at Commentary, PJ Media, Human Events, and The Weekly Standard. Her work has been published in media outlets like Politico, New York Post, New York Daily News, National Review, and The Jerusalem Post.

Rubin received her B.A. and J.D. from the University of California, Berkeley, finishing first in her class in law school.

Rubin moved to the Washington Post in November 2010, a move that became national news and was discussed by the media on all sides of the political spectrum, ranging from The American Conservative and The Weekly Standard to Salon.com and Slate.

In his welcoming remarks, The Washington Post editorial page editor, Fred Hiatt wrote, “her provocative writing has become ‘must read’ material for news and policymakers and avid political watchers.” 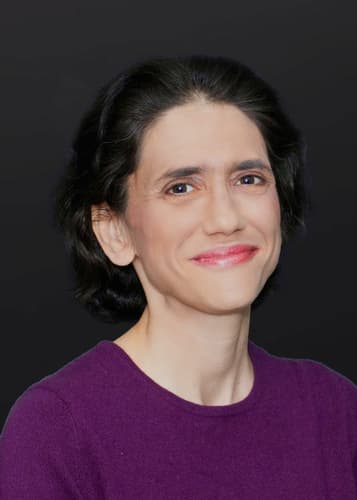 Jennifer was in 2011 included on the list of 50 Most Influential American Jews, by The Jewish Daily Foward.

David Weigel, Slate’s blogger, called Jennifer “one of the right’s most prolific online political writers” while John Pedhoretz, The Commentary editor, described her as, “a phenomenon, especially considering that for the first two decades of her working life, she was not a writer or a journalist but a lawyer specializing in labor issues.”

Rubin is married to her husband Jonathan and the couple has two sons. They live in Oakton, Virginia.

Rubin has been one of the most vocal conservative-leaning writers to frequently criticize the Presidency of Donald Trump, as well as the overall behavior of the Republican Party during Donald Trump’s term in office. Writing in the Huffington Post, Dr. Munr Kazmir criticized Jennifer for being what he termed “completely against policies she herself had championed for seemingly no other reason than Trump being in favor of them”.

She was also criticized by Warren Henry of The Federalist for changing her view on John R. Bolton after he was named National Security Advisor of the Trump Administration. In a tweet referenced by CNN Media, Mike Huckabee questioned Jennifer, writing “Jen Rubin is WAPO’s excuse for conservative,” and adding that Jennifer’s “contempt for all things Trump exposes her and WAPO as Fake News.”

The Washington Post no longer describes Jennifer as conservative. The Post’s website stated in April 2018 that Jennifer would be offering opinion from a center-right perspective. According to the spokesperson for, Azhar AlFadl Miranda, The Post’s editors changed Jennifer’s description, in order to better represent her views.

Rubin has an estimated net worth of around $2 million.