Jaymes Vaughan is an American television personality and actor. He is known for appearing on Access Hollywood, Celebrity Page, and The Talk.

Vaughan was a member of the Las Vegas Chippendales strip group; as the group’s master of ceremonies and lead singer.

Vaughan is the husband of actor Jonathan Bennett, best known for his role in the 2004 movie Mean Girls. The couple got engaged in November 2020 and got married in March 2022 in a ceremony at a hotel in Mexico.

Vaughan stands at a height of 6 feet 4 inches. 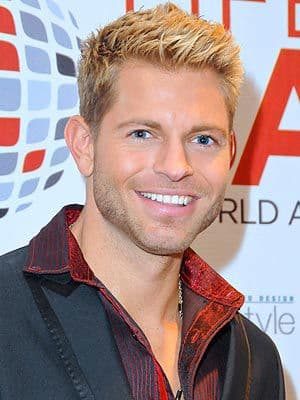 Real Friends of WeHo is a reality show featuring gay stars Vaughan, Brad Goreski, Todrick Hall, Curtis Hamilton, Dorin Renaud, and Joey Zauzig. The show follows the stars as they navigate their lives in the Los Angeles area. The show premiered on January 20, 2023.

Vaughan is a former competitor on The Amazing Race 21. He competed with fellow Chippendale, James Davis, and the duo came in second place to The Fabulous Beekman Boys.

The duo got off to a rocky start, but their strong teamwork and their affable personalities quickly won them fans all over the world. They were known for their strong alliance with Natalie & Nadiya and Trey & Lexi, forming what they called the Dream Team.

Team Chippendales, along with Trey & Lexi and Natalie & Nadiya, formed a strong alliance on The Amazing Race 21 that dominated the second half of the race. They were nearly half a day ahead of the competition at one point and pioneered the strategy of burning the second half of a Double U-Turn, which they executed when they helped get Abbie & Ryan out of the race. The alliance was key in helping Team Chippendales reach the finale.

Vaughan has an estimated net worth of around $1 million.