A native of New York, New York, United States James Murray is an American improvisational actor, producer, author, and comedian, from the New York City borough of Staten Island. He is a member of The Tenderloins, a comedy troupe also consisting ofJoe Gatto, Sal Vulcano, and Brian Quinn.

Murray was born and raised in Staten Island, New York City, the United States of America, by his parents. He has not come into public concerning his parents. Therefore we will update this section as soon as the information about his parents is available. He has two siblings, Dannielle and Christine Murray. 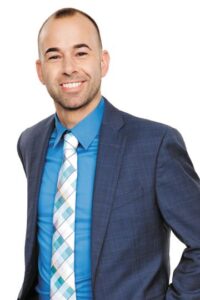 Murray married Sal Vulcano’s sister, Jenna Vulcano, as an impact on Sal’s punishment in the season 3 finale, “Brother-in-Loss”; they annulled the marriage shortly after.

In 2019, he became engaged to Melyssa Davies, whom he met at his launch party for his book Awakened. Murray married Davies on September 25, 2020. He has two children Ella-Jayne Murray and Nell Murray.

Murray has an estimated net worth of $7 million.

In 1998, Murray produced, wrote, and directed a film titled Damned!, starring Jeremy Guskin as Jesus in an alternate retelling of the Bible. Rather than paying for a Ford Taurus, Murray’s parents paid for the production of this film at his request.

After being apart for years, Gatto, Murray, and Vulcano reunited after graduating from college and started rehearsing improvisation at Gatto’s house, going on to tour as an improv & sketch comedy troupe in 1999, and naming themselves The Tenderloins.

They started creating comedy drawings together, publishing them on MySpace, YouTube, and Metacafe, and later getting millions of views online. In 2007, the troupe won the $100,000 grand prize in NBC’s “It’s Your Show” competition for the sketch “Time Thugs”