James Earl Jones is an American film, theater, television, and voice actor. Earl made his broadway debut in 1957. He has since then appeared in a number of Shakespeare plays including Othello, Hamlet, Coriolanus, and King Lear. Earl made his screen debut in 1964 after featuring in Stanley Kubrick’s film Dr. Strangelove.

Jones stands at an estimated height of 6 feet 1 inch (1.87m).  There are no further details about his body measurements.

James was born and raised in Arkabutla, Mississippi. He was born to Ruth Jones a teacher and maid and his father Robert Earl Jones a boxer, butler, and chauffeur. His father would later become a stage and screen actor in New York.

His parents separated when months after he was born. Earl was primarily raised by his maternal grandparents John Henry and Maggie Williams. Growing up, Earl was a stutter, a problem he developed after he started living with his grandparents.

In 1968, Earl married his first wife Julienne Marie an actress and singer. The two met in 1964 while Earl was performing the role of Othello. They finalized their divorce in 1972. His second marriage was to Cecilia Hart, an actress. The two got married in 1982. They were blessed with a son Flynn Earl Jones born in 1982. Cecilia died on October 16, 2016, after battling Ovarian cancer.

He would then join the Reserve Officer Training Corps and passed. Earl later changed courses to and focused more on the drama at the University of Michigan School of Music, Theatre & Dance. He graduated in 1955. 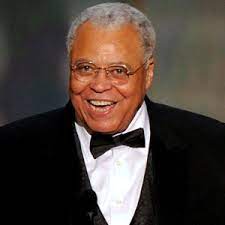 Earl began his acting career as a stage performer at the Ramsdell Theater in Manistee. His first role was in Shakespeare’s play “Othello” in 1955. He went ahead to perform in more Shakespear’s plays including; King Lear, Oberon in A Midsummer Night’s Dream, Abhorson in Measure for Measure, and Claudius in Hamlet.

He made his Broadway debut in 1957 in Molly Kazan’s play The Egghead. In 1958, Jones created the role of Edward the butler in Dore Schary’s Sunrise at Campobello at the Cort Theatre. He made his film debut playing the role of young Lt. Lothar Zogg in Stanley Kubrick’s Dr. Strangelove or: How I Learned to Stop Worrying and Love the Bomb.

During the 1960s, he appeared in multiple films and plays including; The Comedians, and Howard Sackler’s play The Great White Hope which won the Pulitzer Prize. In 1969, he was part of the team that made a test film for the children’s education series Sesame Street.

His 1970s theatric credits include Hickey in a revival of Eugene O’Neill’s The Iceman Cometh, and Lennie in Of Mice and Men. His first lead role was in the film The Great White Hope. In 1972, he starred in the film “The Man”. He also co-starred in the 1974 film Claudine.

Jones made his debut as a voice actor playing the iconic role of Darth Vader in Star Wars: A New Hope. He reprised his role as Darth Vader in both The Empire Strikes Back (1980) and Return of the Jedi (1983) sequels. Jones has also starred as the older version of author Alex Haley in the TV mini-series sequel Roots: The Next Generations.

Jones’s 1980s acting credits include; August Wilson’s play “Fences”, the 1982 film Conan the Barbarian, Coming to America, Field of Dreams, and the independent film “Matewan”. He also voiced Pharaoh in the first episode of Hanna-Barbera’s The Greatest Adventure: Stories from the Bible. Jones hosted the children’s TV series Long Ago and Far Away.

In the 2000s, he appeared in CBS’s Two and a Half Men, the WB drama Everwood, Fox’s medical drama House, M.D., and CBS’s The Big Bang Theory. He did a CNN tagline, “This is CNN” and “This is CNN International”. He also opened for CNN’s morning show New Day. Jones voiced opening for NBC’s coverage of the 2000 and 2004 Summer Olympics.

In 1995, he played the lead role in the Broadway revival version of On Golden Pond and starred in the play “Cat on a Hot Tin Roof” in 2008. He made a guest appearance on the fourth episode of the sixth season of the medical drama House M.D.

James came to be widely known for voicing the role of Darth Vader in the original Star Wars film in 1977. He repriced his role as Darth Vader in sequels The Empire Strikes Back (1980) and Return of the Jedi (1983). He later reprised his role in the animated TV series Star Wars Rebels and the 2016 film Rogue One: A Star Wars Story.

In 1994, Jones voiced the character of Mufasain the disney animated film The Lion King. In 2019, he reprised the role his role as Mufasa in the CGI remake of The Lion King, directed by Jon Favreau.

Throughout his career, Jones has received numerous awards and nominations. He is the recipient of two Primetime Emmy Awards, two Tony Awards, a Grammy Award, a Golden Globe Award, and the Screen Actors Guild Life Achievement Award. Jones was presented by Sir Ben Kingsley with the Honorary Academy Award in 2011.

Earl has an estimated net worth of $40 million. He has been able to acquire his net worth from his long career as a film, theater, television, and voice actor.