Jack Stamp is a North American Wind Ensemble conductor and composer who has approximately sixty compositions available from Neil A. Kjos Music Company.

Some of his compositions include his most well-known piece, Gavorkna Fanfare, which was dedicated to Eugene Corporon.

Jack received his Bachelor of Science in Music Education degree from IUP. He also received a Master’s in Percussion Performance from East Carolina University and a Doctor of Musical Arts Degree in Conducting from Michigan State University where he studied with Eugene Corporon.

Jack became an Adjunct Professor of Music at the University of Wisconsin-River Falls in 2015, where he teaches conducting. 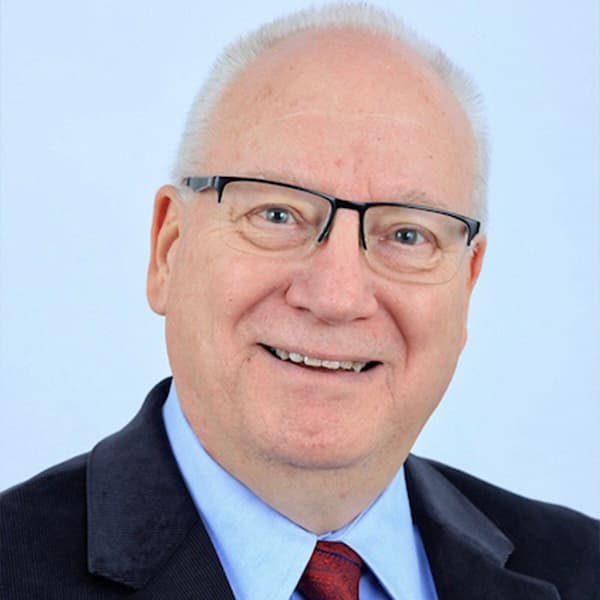 Prior to his appointment, he served as Director of Band Studies at the Indiana University of Pennsylvania for 25 years. He also served as chairperson of the music department for six years.

Prior to his appointment at IUP, Jack served as chairman of the Division of Fine Arts at Campbell University in North Carolina.

In addition to these posts, he also served as conductor of the Duke University Wind Symphony (1988–89) and was the musical director of the Triangle British Brass Band, leading them to a national brass band championship in 1989.

Jack is active as a guest conductor, clinician, adjudicator, and composer throughout North America and Great Britain. His compositions have been commissioned and performed by leading military and university bands across the United States.

Jack’s primary composition teachers have been Robert Washburn and Fisher Tull. He was strongly influenced by his music theory teachers at the Indiana University of Pennsylvania and East Carolina.

His other studies include work with noted American composers David Diamond, Joan Tower, and Richard Danielpour.

Jack was in 1996 awarded the Orpheus Award from the Zeta Tau Chapter of Phi Mu Alpha Sinfonia for service to music and was named a “Distinguished Alumnus” of Indiana University of Pennsylvania.

Later in 1999, Jack received the “Citation of Excellence” from the Pennsylvania Music Educators Association.

In 2010, he was inducted into the prestigious American Bandmasters Association. He was also awarded the title of “University Professor” for the 2008-2009 academic year at IUP.