Wolfe stands at an average height. His actual height and other body measurements have been publicly not mentioned. We will update this section once the information is available.

Wolfe attended the Hotchkiss School and graduated from Dartmouth College in 2002.

Wolfe is the son of actress Meryl Streep and sculptor Don Gummer. He grew up in Los Angeles and Connecticut, with his younger sisters, actresses Mamie Gummer, Grace Gummer, and Louisa Jacobson. 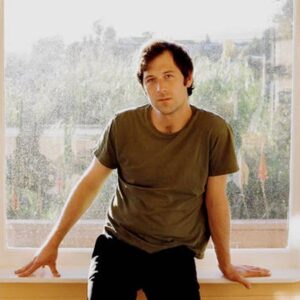 Wolfe has been married to Tamryn Storm Hawker since June 2019. They had their first child, a daughter, in July 2020.

Wolfe has an estimated net worth of $1.5 Million.

Wolfe first made his mark as a musician as co-founder of the New York indie-pop band Bravo Silva. Bravo Silva released an EP entitled ‘July’ in 2004 and an eponymous full-length album in 2005.

Following Bravo Silva’s dissolution, Wolfe relocated to Los Angeles and began to perform as a solo act under his current moniker. In 2009, Wolfe released two EPs, The Blue House, composed of original material, and Wolfe Sings Field, made up of songs penned by Portland-based writer Peter Field.

Wolfe has emerged in numerous films, including the 2006 film Lying and the 2011 film The Wait, which were both directed by M Blash. He also had a small role in The Good Shepherd. Wolfe also appeared in a film called Wolfe with an E, which was directed by David Louis Zuckerman.