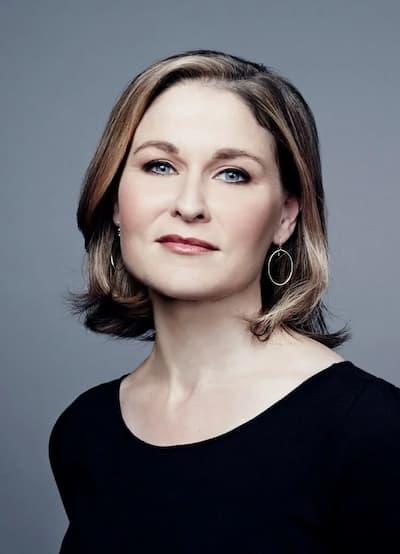 Hala Gorani(Hala Basha-Gorani)a native of Seattle, Washington, U.S. is an American journalist. She currently working as an anchor as well as a correspondent for CNN International, based in London. Furthermore, she served as a war correspondent. She now anchors CNN’s Hala Gorani Tonight weeknights at 8 p.m. CET. She speaks English, French, and Arabic.

Gorani stands at an average height of 5 feet 6 inches and weighs about 56 Kg (123 lbs). Her hair is brown in color and her eyes are Blue. Her further body measurements are 25-33-32inches.

Gorani was born and raised in the U.S to her parents who were Syrians from Aleppo. During her childhood, she moved with her family to Algeria where her father was working.

Her parents later separated and Hala moved to Paris to live with her mother until the end of her teens. According to a Twitter post in 2014, her mother’s name is Nour.

Gorani is happily married to her Husband German CNN photojournalist and Television producer Christian Streib. The couple got married on June 14, 2015, in Jardin Majorelle, morocco. 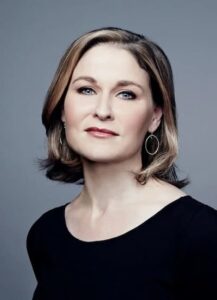 Gorani has a Cavalier King Charles Spaniel dog called Louis Gorani Streib that appears with her and her husband frequently on her Instagram account. The dog is the subject of an Instagram account they run in his name to capture Louis the dog’s exploits.

Gorani has an estimated net worth of $2 million. This includes her assets, money, and income. She accumulates a huge amount of her wealth from her successful career as a journalist.

Gorani currently working as an anchor as well as a correspondent for CNN International, based in London. Furthermore, she served as a war correspondent. She now anchors CNN’s Hala Gorani Tonight weeknights at 8 p.m. CET. She joined the CNN news team in 1998. Prior to joining CNN, she was previously working for Bloomberg Television in London as an anchor.

Gorani has also worked for the French network France 3 where she covered stories for the French cable network Paris Premiere. While still on CNN, she covered major stories including, the Syrian refugee crisis in Lebanon in 2014, and the 2012 Egyptian Elections, and has previously reported extensively from Jordan and Egypt.

Gorani was also an instrumental in CNN’s coverage of the Arab Spring. In 2010, she covered the earthquake in Haiti, for which CNN’s coverage was recognized with a Golden Nymph Award. The Golden Nymph award is one of the highest honors in international journalism. Hala previously hosted the Inside the Middle East show for five years. She earned a nomination for a Gay & Lesbian Alliance Against Defamation (GLAAD) award. In 2009, she presented The Middle East Challenges. The Middle East Challenge is a special hour-long program that took an insightful and thought-provoking look into the problems and promise facing the Middle East.