A native of Edison, New Jersey, Greg Grippo is an American Marketing sales representative best known as a contestant on season 17 of The Bachelorette.

This season of the bachelorette is being led by former season 25 contestant of The Bachelor, Katie Thurston.

Grippo attended Saint Michael’s College. He graduated from the college in 2018 with a degree in business administration and management.

Grippo is a contestant on season 17 of The Bachelorette which Katie Thurston is the lead Bachelorette. According to his bio on the show’s website, he is ” the full package”.

Grippo has been described as; “handsome, kind, vulnerable and serious about wanting to settle down.” He considers himself a hopeless romantic. 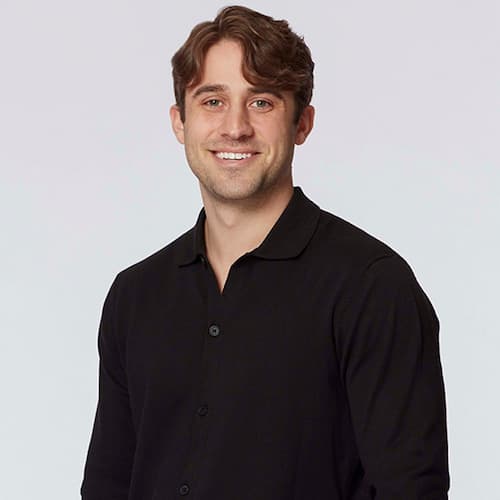 A perfect date for Greg would be something active like riding bikes, dancing, or going to a concert. He wants to travel the world with his wife before having kids, of which he says he wants to have at least six.

In summary, Greg wants to find someone he can grow old with and treat like a queen.

In this season of The Bachelorette, Greg received Katie’s first impression rose.

Grippo stands at a height of 5 feet 6 inches. There is no information available about his weight.

Grippo is from Edison, New Jersey. In 2014, Edison was named Parenting.com’s number one safest city in America.

Greg’s parents are known as Frank and Sandra Grippo. Although there isn’t much about his parents, it has been mentioned in his bio that he is extremely close with his family and says his parents set his definition of #romancegoals.

“Thanks to their love, the standards for what a successful marriage looks like are sky-high.”

Grippo has two siblings. A brother named Joe who played football at Kean and a sister named Samantha who played basketball at Rutgers-Newark.

While in high school, Greg played basketball for two years at Edison High School. He later played two seasons at Rutgers Prep where he served as captain for two years.

Some of The Bachelorette fans on Reddit think that Greg is an actor. These rumors came around after a Reddit user @DeuxMoi posted a long list of accusations against Greg.

One user wrote; “My best friend dated a fan-favorite contestant on The Bachelorette very seriously for a year and a half and he was awful to her.

This sweet shy boy act is exactly that: an act. He really is actually an actor. I’ve personally witnessed him throw a fit and call her a terrible name for wearing a mini dress, so I can only imagine what happened behind closed doors.

He broke up with her, she was extremely upset and then made her Uber an hour back to her apartment alone at 1 a.m. We watched our kind, confident friend turn into a shell of herself and then get thrown to the curb. Of course, his social media is perfectly curated now. He has an image to protect.”