A native of New York, New York, United States, Grace Gummer is a famous American actress. She acquired a Theatre World Award for her Broadway debut in the 2011 revival of Arcadia.

However, her television work includes recurring roles in The Newsroom and American Horror Story: Freak Show, and regular roles in Extant and Mr. Robot.

Gummer attended Vassar College, her mother’s alma mater, and acquired a degree in Art History and Italian in 2008. 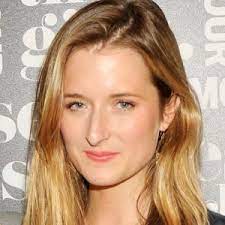 On September 4, 2021, it was announced that Gummer married British-American record producer and musician  Mark Ronson after one year of dating.

Gummer has an estimated net worth of $5 Million.

Gummer made her screen acting debut (billed as Jane Grey) in the 1993 film The House of the Spirits, as the younger version of her mother’s character, Clara del Valle. She had her next professional acting job after graduating college; in 2008, she starred Off-Off-Broadway in Lukas Bärfuss’s The Sexual Neuroses of Our Parents.

She originally was asked to help with the play’s costume design but ended up auditioning and getting cast in its lead role. From 2010 until 2011, she starred as Anna Moore on the TeenNick show Gigantic,[8] which premiered on October 8, 2010. She said that she used the show “as a platform to be able to launch forward.”

Gummer emerged in the 2010 film Meskada, in which she played the role of Nat Collins, before playing Abby in 2010’s Bashert with Paulo Costanzo. In December 2010, Gummer played the role of Hero in a Los Angeles production of Much Ado About Nothing, opposite Helen Hunt.

She also had a small role as a student in Julia Roberts’ class in the 2010 film Larry Crowne, which was directed by Tom Hanks; she shared many scenes in Larry Crowne with future Mr. Robot castmate Rami Malek.