Maguire lives a very private personal life. She has managed to keep information about her family away from the public. Gigi has however shared that she lost her mother and grandmother.

Gigi celebrated them with a Mother’s Day post that read; “Happy HEAVENLY Mother’s Day to My Mother #QueenB & My Grandmother The REAL Gigi .. it’s so much I could say right now about the two of these amazingly strong women .. but just know that I came from THEM!! Today marks one year that we lost Gigi and because of Covid I wasn’t able to say my last goodbyes. I am NOT ok today.. but I will try to stay as STRONG as they built me.” 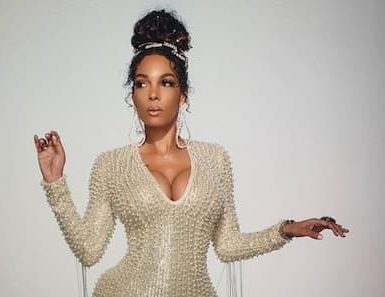 Maguire lives a very private life. She is not married but is not known whether she is dating or single. Gigi was previously in an abusive and controlling relationship with a boyfriend who asked her to stop pole dancing.

Maguire runs a business known as PoleFanAddicts Inc. where she and other instructors teach the seven levels of pole-dance and sultry fitness classes. She hopes to pass down her spotlight-fetching expertise.

According to the business’s website; Maguire and her team of instructors “draw from an impressive range of dance styles to impart rhythm, moxie, and muscle. From a class that focuses entirely on Beyonce’s choreography to a ballet-inspired pole workout, sessions cover sultry steps in all of their forms. ”

Maguire is one of the voices of Angela Yee’s popular Lip Service podcast. She works on the podcast together with fellow Instagram star Stephanie Santiago. Prior to joining the Lip Service podcast, she danced at Atlanta’s Magic City for almost six years.

Gigi Maguire Beyond the Pole

Maguire is a cast on WE tv’s show Beyond the Pole. The show follows the lives of eight Atlanta strippers who are looking for a life beyond the stripping pole. This is following the Covid-19 pandemic which took over the world leading to many businesses get closed. Some of those affected were strip clubs.

Other cast members of Beyond the Pole include; Ms. Dime, Angel Kake, Empress Wildflower, Lyric Belleza, Virgo, Gigi Maguire, Ya Ya, and Milk Marie.

Maguire’s net worth is under review. We will provide this information as soon as it is available.