Coscarelli now hosts Fantasy and Friends on NFL Network. She attended the University of Southern California and received a degree in Communications and Journalism. While at the University, she was a member of both KSCR-AM and Annenberg TV News.

Erin began her career as a sideline reporter for many sports networks including Fox Sports West, Pac-12 Network and NBC Sports Network. She also reported for ESPN where she covered the World Series of Poker and the Summer X Games.

Coscarelli is married to Jonathan Chironna. It is not really known, how long the two had been dating before getting married. The couple got married in June 2018 in the Ponte Winery in the presence of their family and friends. 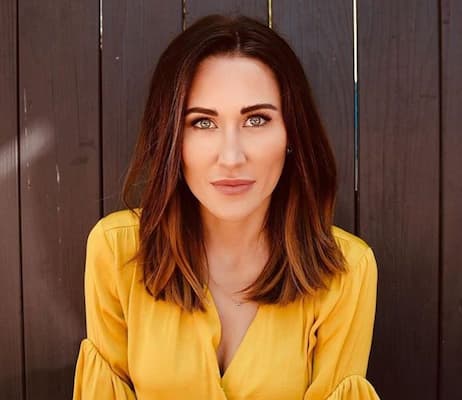 Jonathan Chironna is a model, actor, and businessman born on August 10, 1987. He has appeared in films like Grand Escape (2014) and Please Hold’ (2016). Jonathan is the founder of CM Pizza Corp and Salad Concepts Inc.

Erin joined NFL Network in July 2014 and became the host of the NFL Network’s new morning show, NFL AM, with Rhett Lewis.

Later in 2015, Erin became the co-host with Cole Wright in the NFL Network’s weekday morning show NFL HQ. As of 2017, she serves as the host of Fantasy and Friends.

Prior to joining NFL Network, Erin was working for Comcast SportsNet Bay Area as an anchor and a reporter.

Erin Coscarelli’s Salary and Net worth

According to playerswiki, Erin earns a salary of around $500,000 per year. She also has a net worth of around $3 million.