A native of Miami, Florida Dillon Patel is an Indian-American entrepreneur and a television personality who is currently a cast member of the Bravo TV series Family Karma.

His parents are the owners of the Tanin Group LLC, a full-service design, construction, and real estate firm, specializing in South Florida.

Patel was born to his parents Kalpana and Dipak Patel, owners of the Tanin Group LLC. His parents got married in 1987 and are of Indian descent.

He has an older brother Shaan who has also been featured on Family Karma, graduated from Rice University with a bachelor’s in Architecture, and is engaged to the Zambia-born American lawyer Pooja. The brothers also have a younger sister called Kayla. 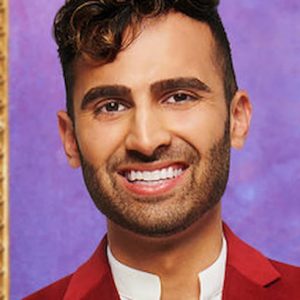 Patel is gay but has not yet disclosed any information about his dating/relationship status.

Patel studied at the Duke University in 2016 where he graduated with a 3.7 GPA. Also, he attended a summer program at Columbia University — Columbia Business School in 2014 and took a ten-week-long course on SQL, Advanced Excel, and Tableau in 2019 at the General Assembly.

Patel worked as a management consultant in International Ops & Strategy at Zendesk, a leader in customer service software with over 125K customers including Uber, Airbnb, Staples, and the NY Times. Later, he landed his current role as a Senior Manager of Global Operations at a tech company in San Francisco.

Family Karma is an American Bravo reality television series that premiered on March 8, 2020. It documents the lives of several Indian American families over three generations who relocated to the Miami, Florida area around the same time. Season two of the series was renewed and is set to premiere on June 2, 2021.

Patel has an estimated net worth of $0.75 million.