A native of Norwood, Massachusetts, Dennis House is an American journalist working as a chief political anchor for WTNH-TV Channel 8,

House attended and graduated from Xaverian Brothers High School. He later went on to receive a bachelor’s degree in foreign affairs from Assumption College.

House works as a chief political anchor for WTNH-TV Channel 8. He previously worked as a Moderator of Face the State on WFSB-TV as well as a news anchor for Eyewitness News.

He was named one of the “12 Most Influential People” by Hartford Magazine and is one of the most experienced and highly regarded broadcast journalists in Connecticut.

House has served as the moderator of numerous political debates and has emceed countless charity and business events. 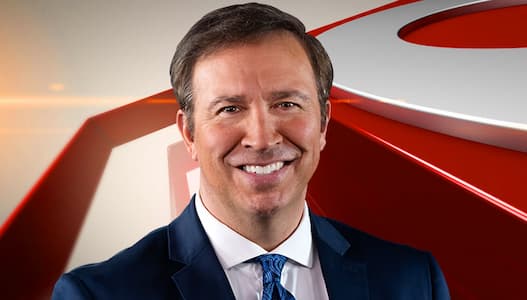 In 2017, Dennis was inducted into the prestigious National Academy of Arts and Sciences Silver Circle as a way of honoring him for his work in his field and community,

Some of his well-noted work includes his live reporting on the September 11, 2001 attack. Dennis was reporting from lower Manhattan talking with Connecticut survivors of the terrorist attack on New York.

He also reported live from the World Trade Center after it was attacked the first time by terrorists using a truck bomb. Other reports include; the funeral of Pope John Paul II, the O.J. Simpson trial, a World Series, a presidential inauguration, conventions, and a Final Four.

House’s height and weight measurements are not available at the moment.

House is married to Kara Sundlun. Kara is also an Emmy award-winning television journalist who anchors for WFSB-TV as well. She hosts the popular daytime talk show, Better Connecticut.

Kara is also a contributor of the Huffington. The couple has two children together. According to his bio on wtnh.com, Dennis enjoys coaching his son’s football and basketball teams during his spare time.

Dennis House Salary and Net Worth

House earns an estimated annual salary of around 77,000. His net worth is under review.