A native of Košice, Slovakia, David Dobrik is a YouTube personality who is known for being the de facto leader of the popular YouTube ensemble The Vlog Squad.

Dobrik began his career on Vine before creating his own YouTube channel towards the end of 2014.

Dobrik stands at a height of 5 feet 9 inches and weighs 75kgs. 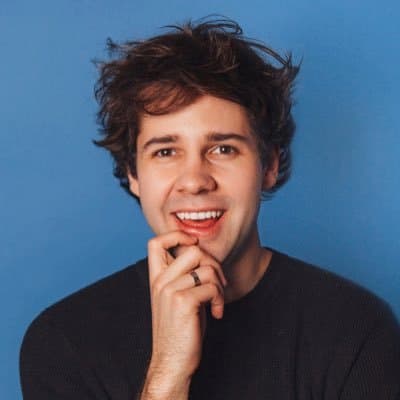 Dobrick was born in Košice, Slovakia. His family later moved to Vernon Hills, Illinois, a suburb of Chicago, while he was six years old.

He is protected under DACA. During his college years, Dobrik moved to Los Angeles to boost his Vine career. He has three siblings named Ester, Sara, and Toby. Dobrik has stated that he speaks Slovak and Hungarian.

Dobrik legally married Lorraine Nash, Jason Nash’s mother, as part of one of his vlogs in May 2019. However, on June 12, 2019, he announced that he and Nash had decided to end their marriage after one month.

Dobrik was previously dating fellow YouTube personality Liza Koshy from late 2015 to early 2018. They revealed their breakup in June 2018. They have since remained close friends.

Dobrik uploaded his first vine in 2013. He collaborated on vines with other popular viners such as Liza Koshy, The Gabbie Show, Jason Nash, and Zane & Heath.

By the end of that channel in 2015, Dobrik and company had gained over 18,000 subscribers. The end of the Youtube group came not long after Dobrik set up his personal YouTube channel, David Dobrik.

Since the inception of his youtube channel, videos on this channel have been comedy vlogs based on real-life situations and semi-scripted bits. They feature many of his former vine collaborators.

Later in August 2016, Dobrik created his second channel, David Dobrik Too, where he posts blooper reels and challenge videos.

Dobrik gained fans in recent years due to his high-energy videos that he posted three days a week. He now posts two days a week.

He has a podcast titled ‘VIEWS’ with fellow YouTuber Jason Nash with occasional features from Joe Vulpis and Natalie Mariduena.

Dobrik created his third channel, Views Podcast, in September 2018, where he posts the video podcast of Views.

The term “The Vlog Squad” refers to the friend group that appears in Dobrik’s vlogs. Dobrik acts as the center and de facto leader of the group, seeing that the group is often mainly driven and brought together by him.

Some of the regular appearances that are considered o be a part of the “Vlog Squad” by fans are, among others, Liza Koshy, Josh Peck, Jason Nash, Scotty Sire, and Kristen McAtee.

In 2017, Dobrik won Vlogger of the Year at the Ninth Annual Shorty Awards. Later in 2018, he won First Person at the 2018 Streamy Awards while The Vlog Squad won Best Ensemble Cast under the name “David’s Vlog”.

He was also named alongside Bretman Rock, Trisha Paytas, and Jaboukie Young-White as one of the “10 Social Media Personalities Making the Most Noise” for 2018 by PAPER Magazine.

Dobrik has a net worth of $7 million.