He is currently the chief legal analyst for ABC News and the host of SiriusXM’s P.O.T.U.S. channel’s The Dan Abrams Show: Where Politics Meets The Law.

Abrams was born to his parents Efrat and Floyd Abrams an American attorney. He was raised alongside his sister Ronnie Abrams who was nominated for a federal judgeship by Barack Obama in 2011. 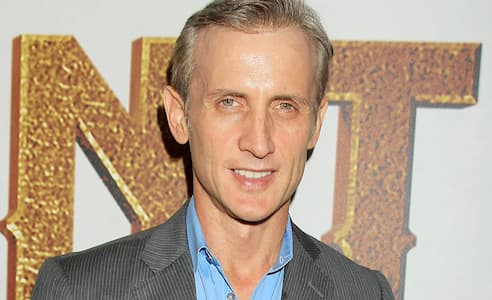 Abrams is not married but has a son, Everett Floyd Abrams with his ex-girlfriend Florinka Pesenti who used to work as Gucci’s Public Relations Officer and was the winner of the 2002 reality competition, The Amazing Race 3.

From May 1994 to June 1997, Abrams served as a reporter for Court TV. From 1997 to 1999, he worked for NBC News as a general assignment reporter. From June 12, 2006, to October 2007, Abrams served as the General Manager of MSNBC. Abrams left NBC in March 2011 to join ABC News as Chief Legal Analyst and a replacement anchor on Good Morning America. ABC named Abrams as the network’s Chief Legal Affairs Anchor in June 2013.

Abrams founded Mediaite, a news site dedicated to “appreciating the celebrity of the media,” as he put it. Along with Michael Lewittes, he founded Gossip Cop in 2009, a media watchdog site that tracks celebrity gossip. The Mary Sue, a sister site to Geekosystem, was launched in 2011 with the aim of “highlighting women in the geek community.” He founded LawNewz, a legal news website that also offers live streaming of trials as part of its online network, in 2016.

Abrams launched his new media channel, Ambo TV, a Christian TV streaming service, on October 15, 2018 “devoted to airing Christian sermons with in-studio discussion ” Geekosystem, Mediaite’s first official “offspring,” was unveiled on January 25, 2010. He opened The Braiser, a website devoted to the identities and lifestyles of chefs, in May 2012. In March 2010, Styleite launched with news and opinion content as well as a fashion edition of the “Power Grid.” In 2015, RunwayRiot.com was renamed Runway Riot.

Abrams has an estimated net worth of  $25 million.