A native of McKees Rocks, Pennsylvania, Damar Hamlin is an American football safety for the Buffalo Bills of the National Football League (NFL).

While in high school, Hamlin was named first-team All-State and the Class AAAA Defensive Player of the Year.

Hamlin is the son of Mario and Nina Hamlin. His parents were high school sweethearts. They had Damar when Nina was 16 years old. 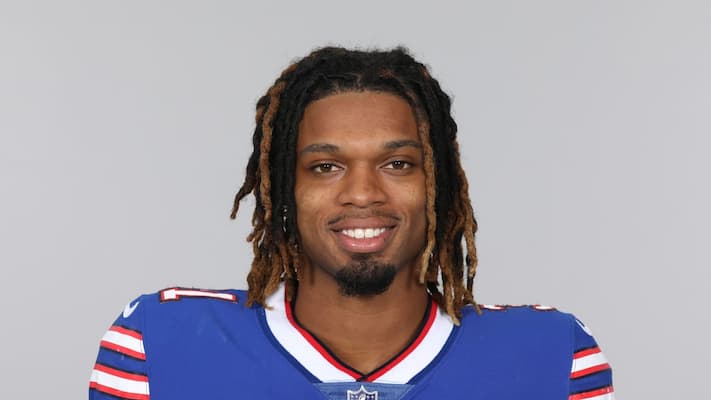 During a game against the Cincinnati Bengals, on January 2, 2023, Hamlin collapsed on the field. He went into cardiac arrest after delivering a tackle. Medical personnel initiated CPR and administered defibrillation for 10 minutes before rushing him to the hospital.

He was taken to the University of Cincinnati Academic Health Center at roughly 9:25 p.m. EST. He was reported to be in critical condition. The game was suspended with 5:58 remaining in the first quarter and was postponed shortly after 10 p.m., in accordance with the NFL’s emergency-situation rules.

Hamlin was selected by the Buffalo Bills in the sixth round with the 212th overall pick of the 2021 NFL Draft. On May 21, 202, He signed a 4-year contract with the team. After Micah Hyde suffered a season-ending neck injury, Hamlin became one of the Buffalo Bills’ starting safeties in 2022.

Hamlin played college football for Pittsburgh Panthers at the University of Pittsburgh. As a freshman, he played three games before suffering an injury and redshirting.

As a redshirt freshman, Hamlin recorded 41 tackles with one interception in nine games played. He led the Panthers with 76 tackles and two interceptions as a redshirt Sophomore. He was named honorable mention All-Atlantic Coast Conference (ACC).

Hamlin has an estimated net worth of around $1 million.