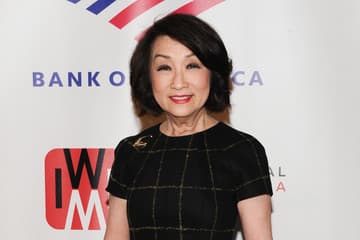 Connie Chung is an American journalist. She has been an anchor and reporter for the U.S. television news networks NBC, CBS, ABC, CNN, and MSNBC.

She is known for some of her famous interviews with people like Claus von Bülow and U.S. Representative Gary Condit, whom Chung interviewed first after the Chandra Levy disappearance and basketball legend Magic Johnson after he went public about being HIV-positive.

Connie has been married to Maury Povich since December 2, 1984. The two first met in 1969 when she worked as a copy girl and Maury co-anchored WTTG-TV. They later went separate ways in 1976. Connie went to Los Angeles while Maury went to Chicago.

They lost contact until they were teamed up as anchors on KNXT in Los Angeles. Back then, Maury was going through a difficult phase in his life. He was handling a salary dispute with the station at Chicago and his marriage which was on the verge of collapsing.

During this time, Maury turned to Connie for compassion and that was the time the couple hit it off. They, however, took a break in 1978 stating they both felt distant and were estranged and they did not see each other for six months. Later in 1983, they got back on track. They continued having an on-and-off relationship until they got married on December 2, 1984, after seven years of dating.

The couple has one child, a son they adopted called, Matthew Jay Povich. The couple is still together and their marriage only seems to grow stronger each day.

Matthew Jay Povich is Connie’s adopted son and only child. He was adopted in 1995 by Connie and her husband, Maury.  Nothing much is known about his career or his private life.

What Happened To Connie Chung?

Connie hasn’t really retired. Even though she may no longer be ruling the airwaves, Connie has turned her talents to a different form of journalism. She and her husband started a weekly print newspaper in their community called Flathead Beacon.

Also, being off-air hasn’t kept her from weighing in on politics. Like in 2016, Connie offered her opinion on the then-presidential Democratic nominee Hillary Clinton, saying that, Clinton was incredibly paranoid and cautious when it came to the media.
Later in February 2018, Connie expressed her support for the Me Too movement, commending NBC and CBS for firing Matt Lauer and Charlie Rose after allegations of sexual misconduct were made against them. 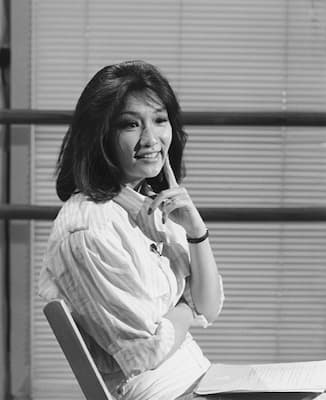 In 2006, on a finale of MSNBC’s, “Weekends with Maury and Connie”, Connie sang a version of Bob Hope’s old theme song “Thanks for the Memory” to her husband and co-host, Maury Povich. She sang the whole song off-key -and received a lot of criticism but she didn’t seem shaken with it because she claimed she enjoys singing and her husband so hates it.

The video attracted a large viewing of more than 413,000 viewers, a rating that could have saved the show from being canceled.

Connie has a net worth of $15 million.