A native of South Dakota, Cindy Preszler is an American meteorologist. She is an on-air meteorologist at WFTX, Fox 4, in Fort Myers/Cape Coral, Florida.

Previously, she worked as a meteorologist with WeatherSTL.com. Preszler graduated from the University of South Dakota as well as from Mississippi State University.

Preszler joined the team at Fox 4 in January of 2019. This was after living and working in St. Louis, MO for over 20 years.

Previously, she worked as a meteorologist with WeatherSTL.com. WeatherSTL.com is a dynamic, interactive site she created and owned with her business partner, Ric Kearbey. The site delivered up-to-date weather information for the Greater St. Louis metro area, from 2016 through January 2019. 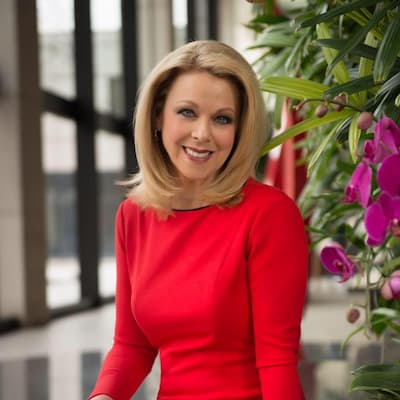 Before moving St. Louis in October 1998, Preszler worked at TV stations like Chicago’s NBC-owned WMAQ-TV, as well as on The Weather Channel (1987–92). She was the first female meteorologist to cover a landfall hurricane at the Weather Channel.

Preszler has won 5 regional Emmy awards including 17 nominations. Apart from that, she also won an AP Award for a feature story, six Missouri Broadcasters awards (15 nominations), and one Illinois Broadcasters award. She was also a fill-in for both The Today Show (NBC) and CBS This Morning.

Preszler holds two seals, the American Meteorological Seal (AMS) and the National Weather Association (NWA). She is also a former member of the AMS Broadcast Board.

Preszler is married to her husband Dave Mack. She and Dave got married in 2003 and they have been together ever since.

Preszler has an estimated net worth of around $2 million.