A native of Plymouth, New Hampshire, USA, Cindy Kaza is a psychic medium who had her first memorable encounter with a spirit when she was just 10 years old. However, she is known for Lost in the Wild (2019), The Holzer Files (2019), and Portals to Hell (2019).

Kaza stands at a height of 5 feet 6 inches tall and she weighs around 58 kg.

Kaza was born and raised in Plymouth, New Hampshire. She holds an American nationality and is of white ethnicity. As for her father, his name is Paul Kaza. She has, however, not disclosed the names of her mother and other family members yet. We will update this section once the information is available. 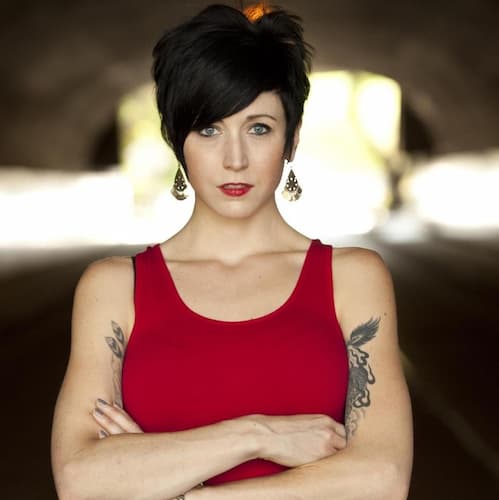 As of now, Kaza is in a relationship with her boyfriend, Danny Hammer. Danny works in production and sound recording.

However, she has been married before to a renowned drummer, Rich Redmond. They used to live in Nashville. However, after being together for a few years, the couple decided to separate from each other. Two years ago, in 2017, they filed for a divorce. The partners did not have any kids.

Kaza is a talented psychic and possesses numerous abilities. She is a clairaudient, clairvoyant,and a clairsentient seer. She has amazed her audience through her talent and is also very accurate. Her accuracy has attracted a lot of people who are awaiting their appointment.

Along with that, she also emerges in numerous shows to showcase her talent. As for her television appearance, she got widely noted for her featuring in the paranormal series, The Holzer Files, which airs at 10 pm, every Thursday on the Travel Channel.

Along with that, she is also a part of Portals to hell. Furthermore, she has appeared as a guest in the famous series, Lost in the wild.