Christina Hall is an American real estate investor and TV personality. She is known as the host of HGTV’s shows Christina on the Coast and “Christina in the Country.”

Hall is married to her husband Josh Hall.  In July 2021, People magazine announced that Christina was dating realtor Joshua Hall. The couple got engaged the following September.

Later on April 5, 2022, it was reported the couple had married and that her name had changed to Hall. On September 3, 2022, the couple had a second wedding ceremony in Hawaii. 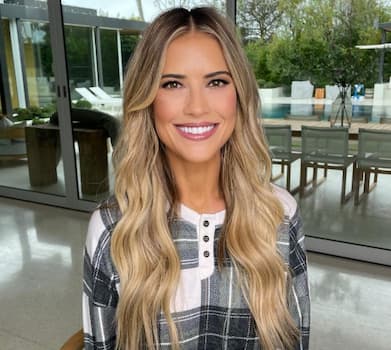 Anstead and Christina began dating in November 2017 and got married on December 22, 2018, at their Newport Beach, California home. The couple welcomed their only child on September 6, 2019.

Later on September 18, 2020, the couple announced their separation and Christina filed for divorce in November. The divorce was finalized in June 2021. On April 28, 2022, Anstead filed for full custody of their son. He accused Christina of exploiting their son on social media.

Hall’s parents are Martin Haack and Jeanette Haack. Martin is a real estate agent and Jeanette works in the medical field. Christina has a sister named Carly, who is 10 years younger.

Christina Hall Christina on the Coast

The show, Christina on the Coast is an American reality TV series that premiered on HGTV in 2019. The show follows Hall as she renovates and flips homes in Southern California. The series has been a major rating success, with the first season finale becoming the highest-rated series episode in HGTV history.

In December 2022, Christina revealed that she had undergone testing at an alternative medicine center and the results showed she had been diagnosed with mercury and lead poisoning.

Hall also said that she has been diagnosed with small intestine bacterial overgrowth. She intends to treat this with herbs and intravenous treatments.

Hall has an estimated net worth of $14 million, according to Celebrity Net Worth.