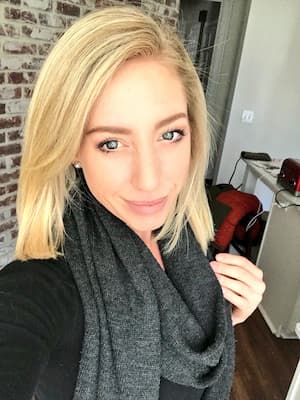 A native of Bergen County, Christie Duffy is an American journalist working as a reporter for PIX11 News who covering New Jersey. She also appears on PIX11 weekdays during the 5 p.m. and 6 p.m. newscasts.

Duffy grew up in Bergen County, New Jersey and she began her career at Fox News Channel.

She graduated from the University of Delaware and interned for PBS and NBC’s Today Show while in college.

Duffy works as a reporter for PIX11 News. At PIX11 News, Christie covers New Jersey. She also appears on PIX11 weekdays during the 5 p.m. and 6 p.m. newscasts.

Christie has covered breaking news and investigative stories. Some of these stories include;  the Chelsea bomber, the Tribeca terror attack, and the fatal Hoboken train crash.

She was the one who exposed braking problems onboard the train that careened into Hoboken Terminal in 2016, killing a young mother. She also exposed safety gate failures in Elmwood Park, N.J., resulting in almost $1 million in upgrades.

Duffy also investigated rogue dollar-jitney buses and the true cause of a massive fire that destroyed the Seaside Park boardwalk after Sandy.

Duffy has not yet revealed her year or date of birth. Her age is therefore unknown.

Duffy is married to a man named Matt Nieroda. Matt works as an Art Director at NBC Universal. The couple got married in September 2020.

Christie Duffy Salary and Net Worth

Christie’s salary has not been revealed to the public. However, according to some sources, WPIX reporter salaries range from $73511 to $96102. Her net worth is under review.

Duffy received an Emmy Emmy nomination for her continuing coverage of some of the most dangerous rail crossings in the nation.

Other awards that she received were from the Society of Professional Journalists and the Garden State Journalists Association.

The awards were for her great work in the coverage of Superstorm Sandy, the internationally watched trial of Dharun Ravi, as well as for the coverage of the untimely death of an Iraq war veteran who survived an IED explosion.