A native of Boston, Massachusetts, United States, Chris Evans is an American actor. However, he started his career with roles in television series, such as Opposite Sex in 2000.

Before beginning his senior year of high school, Evans spent the summer in New York City and took classes at the Lee Strasberg Theatre and Film Institute. Evans graduated from Lincoln-Sudbury Regional High School in 1999.

Evans was born and raised in Boston, Massachusetts, United States by his loving and devoted parents. His father, Bob, is a dentist and his mother, Lisa (née Capuano), is an artistic director at the Concord Youth Theater. His parents divorced in 1999. 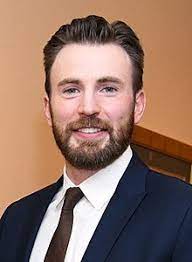 He has two sisters, Carly and Shanna, and a brother, actor Scott Evans. They were raised Catholic. Their uncle, Mike Capuano, represented Massachusetts’s 8th congressional district.Evans has Irish, and from his maternal grandfather, Italian, ancestry.

Evans has an estimated net worth of $80 million.

Reuniting with Knives Out co-star Ana de Armas and Captain America: Civil War directors the Russo Brothers, Evans reportedly made big bucks for Netflix’s The Gray Man. He will reportedly make $15 million for his role in the streaming giant’s action flick, while other estimates have him and Ryan Gosling at $20 million each.

Evans is a supporter of Christopher’s Haven, a charity providing housing to families affected by childhood cancer, and has taken part in fundraisers to benefit the organization. In 2015, he and actor Chris Pratt visited patients in the Seattle Children’s Hospital after the two made a bet that ultimately raised donations for the hospital as well as Christopher’s Haven.

In May 2020, he arranged a virtual fundraiser involving his Avengers co-stars to benefit the organizations Feeding America, Meals on Wheels, World Central Kitchen, and No Kid Hungry. The following year, he won $80,000 for Christopher’s Haven by placing third in a charity fantasy football tournament with his Avengers co-stars.

Evans declared his support for same-sex marriage in 2012, stating, “It’s insane that civil rights are being denied people in this day and age. It’s embarrassing, and it’s heartbreaking. It goes without saying that I’m completely in support of gay marriage. In ten years we’ll be ashamed that this was an issue.”In August 2016, he supported Massachusetts Attorney General Maura Healey’s continued enforcement of the state’s ban on assault weapons. Evans endorsed Hillary Clinton in the 2016 presidential election and was critical of Donald Trump’s presidency.

After Alabama enacted the Human Life Protection Act in May 2019, which imposes a near-total ban on abortions in the state, Evans called the bill “absolutely unbelievable” and continued by writing, “If you’re not worried about Roe v. Wade, you’re not paying attention.” In July 2020, he launched A Starting Point, a website that publishes short interviews of American elected officials on political issues, with a goal of presenting “both the Democratic and Republican point of view on dozens of issues across the political landscape.”In October, Evans took part in a virtual fundraising event in support of Joe Biden in his 2020 presidential campaign. He endorsed Maya Wiley in the 2021 New York City Democratic mayoral primary.